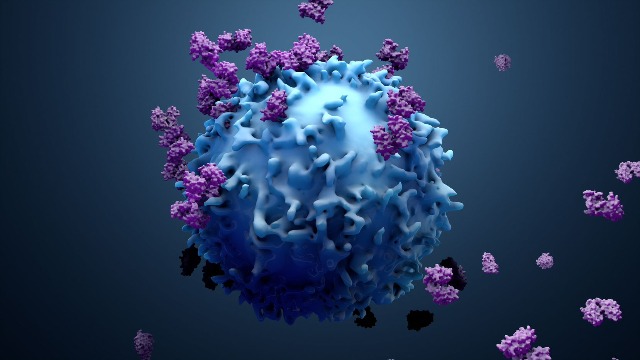 On May 18, an American biotech company, Vir Biotechnology, announced in a press release that their researchers have found a monoclonal antibody (MAb), S309, in the blood of a SARS (severe acute respiratory syndrome) patient that has potent therapeutic action against SARS-CoV-2 (COVID-19 causing virus) and other viruses from the coronavirus family.

The antibody reportedly has strong neutralising action and effector functions (recruits other cells of the immune system to kill the virus-infected cell) against the SARS-CoV-2 virus.

Monoclonal antibodies are those that are made from a single parent and act against unique sites on antigens (foreign substances against which our body mounts an immune response).

The findings of the study have already been published in the peer-reviewed journal Nature.

According to the study, researchers had earlier recognised the presence of a set of antibodies in a person who had SARS in 2003. These antibodies cross-reacted with animal SARS virus too. Now, the scientists checked the cross-reactivity of specific monoclonal antibodies from memory B cells isolated from the same patient in 2013. The study describes 19 mAbs from the 2004 sample and six mAbs from the 2014 sample. These antibodies bound to various sites in both SARS-CoV-1 (SARS-causing virus) and SARS-CoV-2 virus. Though some MAbs showed weak neutralising action, in particular, MAb309 showed potent neutralizing action against both viruses. The antibody bound to a highly conserved protein/glycan epitope (part of an antigen over which an antibody binds) on the spike protein of the virus. Spike protein is what the SARS-CoV-2 virus uses to gain entry into healthy cells.

The binding site for MAb309 is different from the receptor-binding domain (the part that binds to the ACE2 receptors on healthy cells). In other words, it does not compete with viral binding. Instead, the antibody may neutralise the virus in various other ways like creating steric hindrance (destabilisation of virus structure) or aggregation of virions.

However, studies suggest that to be effective, a group of MAbs, instead of a single antibody, needs to be used. Some of which preferably act on sites other than the receptor binding site.

The Vir study also suggested the use of a group of MAbs, and not MAb309 alone for effective viral neutralization.

The company has already teamed up with the multinational pharmaceutical firm GlaxoSmithKline to prepare two MAb309 bases products VIR-7831 and VIR-7832 to be potentially used as therapeutic agents against COVID-19.

In the press release, Dr Herbert “Skip” Virgin, the Chief Scientific Officer at Vir said that since MAb309 is likely effective against all of the related coronaviruses and binds to a conserved site, it is unlikely that SARS-COV-2 be resistant to it.

Praising the product, Dr Phillip S. Pang, the Chief Medical Officer at Vir said that MAb309 has both potency and a high barrier to resistance, which makes it one of the best therapeutic agent against the disease.

There’s an unlikely beneficiary of coronavirus: The planet