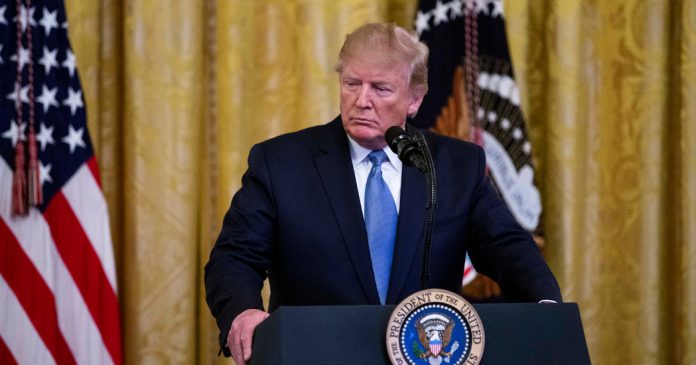 US President Donald Trump lashed out at social networking platforms, especially Twitter, during the social media summit at the White House for censoring Republican views and blocking Americans from following him.

As the summit was about to begin on Thursday, Twitter went down for nearly an hour. The outage was due to an “internal configuration change” that was fixed by the time the President started addressing the summit.

Launching a fresh attack against Twitter, Trump complained his followers kept fluctuating on the platform and he is losing them fast, CBS News reported.

“People come up to me, saying ”Sir, we want to follow you; they don”t let us on”,” Trump told a gathering of conservatives and his far-right supporters.

“I have millions of people, so many people I wouldn”t believe it, but I know that we”ve been blocked. People come up to me and they say, ”Sir, I can”t get you. I can”t follow you”,” he added.

“The President said he”s directing his administration to search for any regulatory or legislative action it can take to avoid censorship,” the report mentioned.

Others present at the social media summit were Senator Josh Hawley, a Republican who favours stricter regulations for tech companies to avoid censorship.

Senator Marsha Blackburn and Republican Matt Gaetz were also in attendance who have accused Twitter of censoring tweets.

In his last meeting with Twitter CEO Jack Dorsey, Trump reportedly questioned the former specifically on why he was losing followers the micro-blogging platform.

The White House recently launched a new tool for people to report if they have been wrongly censored, banned or suspended on Facebook and Twitter.

The tool comes in the wake of several Republicans slamming Facebook and Twitter for censoring conservative speech on both the platforms.