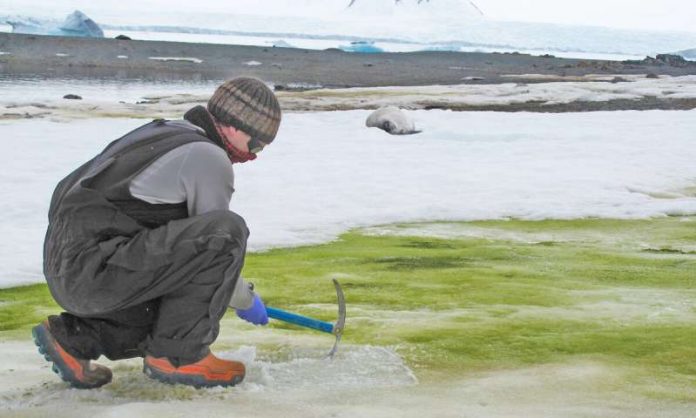 Scientists claim that this phenomenon has occurred due to consequences of climate change.

The bounties of nature is always interesting. It has its own unique ways to indicate to us about certain changes that are taking place.

Climate Change is one such phenomenon that has become the talk of the town since 2012. Not just because of the movie starring John Cusack and Chiwetel Ejiofor, but the fact that it is actually real and the effects of it can be seen in several parts of the world.

Temperature fluctuations, melting of ice caps, etc are some of the alarming features that are a consequence of this phenomenon and it is not a good sign for us right now.

It is safe to say for a lot of netizens, 2020 is not a banner year at all. With the COVID-19 doing more damage than anticipated, one thought it is all it took to turn this year into the worst ever. Clearly, they did not anticipate this development.

A few photos surfaced on the internet where it showed that the pristine white snow cover of the southernmost continent, Antarctica is not white anymore! In fact, it has now turned green.

Yes, Green! If one does not still believe it, here are some of the pictures that it has actually happened!

Scientists and biologists from the University of Cambridge and the British Antarctic Society stated that there has been an alga bloom on the snow cover which has resulted in surprising greenery around the area.

Some of it is so dense in nature that there have been detections of the same from space as well.

One of the scientists who led the study, Matt Davey, was quoted saying by The Guardian, “This could potentially form new habitats. In some places, it could be the beginning of a new ecosystem.

Needless to say, the pictures have baffled the netizens worldwide. There are mixed reactions.

Some are very sure that it is apocalyptic in nature as they now firmly believe that climate change is not a joke.

One of the users also tweeted, “A disaster in the making, slowly building up.” Another said, “We have only one planet earth. We should respect it for ourselves and our kids.”

While this is one reaction, there are some who are in awe of this development. They are curious about the ecosystem that could develop there.

One of the users actually contemplated moving there, “Excellent! It sounds like a great place to live in.”

Clearly, this recent development has come as a shock as well as a sudden realization that the stark change in the earth’s climate is not a myth anymore. We are seeing and facing its repercussions today.

Facebook has approached Netflix for launching its own TV streaming service

IIM Rohtak welcomed the 12th batch of its PGP Programme