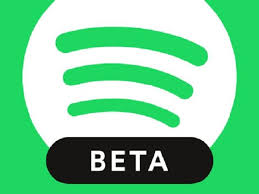 Swedish music streaming app Spotify on Tuesday launched a “Lite” version of its app for the Indian market that is just 10MB in size and helps people control data and storage on low-end Android smartphones and in areas with poor Internet connectivity.

With Spotify Lite, users in India would be able to search and play favorite songs and artists, save them, share with others, discover new music and enjoy playlists with extra features for older devices and operating systems, the company said in a statement.

“We announced the availability of Spotify Lite Beta in India a couple of months ago to gauge user interest, which was high. As a result, Spotify Lite is now out of test mode, and available as an app for all users in the country,” said Amarjit Singh Batra, MD-India, Spotify.

Lite can be downloaded separately, both for free and Spotify Premium users, and used either alongside or independently from the main Spotify app on all Android phones running version 4.3 or higher.

The small yet fast app will make millions of free songs more accessible to anyone who may have an older mobile device, limited storage on their phones, are in poor Internet connectivity areas, or just don’t want to spend excess data on listening to music.

“We are committed to the long-term development of the music streaming industry, and the launch of Spotify Lite is another strong step in that direction,” Batra added.

Spotify Lite also comes with the ability to set a data limit and get a notification when users reach it. The app also allows users to control cache and clear it with a single tap.

“Spotify Lite was built from the ground up based on user feedback from around the world, allowing millions more to enjoy the world’s best music experience — especially in areas with limited bandwidth and phone storage”, informed Kalle Persson, Senior Product Manager at Spotify.

Spotify Lite is now available in 36 markets across Asia, Latin America, Middle East and Africa on Google Play with more markets and features to follow.

The main Spotify app came to India in February and amassed one million followers within the week of its launch.

Spotify, offering more than four crore songs and 300 crore playlists for music fans in the country, is available across 79 markets.

Spotify has 207 million active users and 96 million of these users are Spotify Premium subscribers. The platform adds approximately 30,000 new tracks each day.

The music streaming app is available on over 500 products across 200 hardware brands globally.

How to Take a Screenshot on a Windows PC

Over emphasis on fever as a symptom of coronavirus may lead...