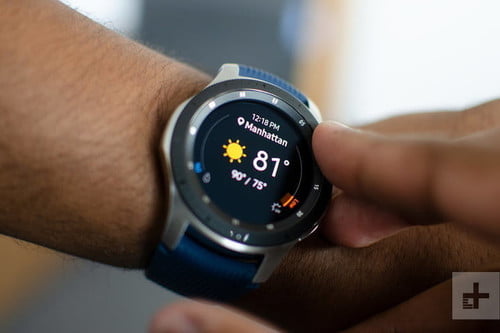 The Samsung Galaxy Watch 3 will now get a bunch of new health and safety features.

Samsung has released a new Live Plugin app for the Galaxy Watch 3 Plugin app and XDA has already got to work. In a new report published by XDA’s Max Weinbach, the release of the plugin does not give out a lot of information but the APK resources reportedly brought to the surface new features which is tipped to be a part of the upcoming Galaxy Watch 3.

The first feature is support for hand gestures. No, gestures do not mean waving your hands but simply clenching and unclenching your fist could do as simple as answering a phone call. Clench and unclench your fist and you will be able to answer the call. If you want to ignore the call, simply wave your hand to make it go away.

Another gesture is simply taking screenshots. This is not a new functionality on the Galaxy Watch series but the process of taking a screen capture will be different. The earlier way was to hold down the bottom button while swiping right. Now Samsung will let you take a screenshot by just pressing both side buttons.

A new health and safety feature is being added which is fall detection. Like the Apple Watch series, the Samsung Galaxy Watch 3 will also get fall detection. Similar to the SOS mode currently available on the Galaxy Watch – when the smartwatch detects a fall, it will ring for 90 seconds.

Also, included in the new Watch faces are Note 20 wallpapers as well.

ASDC Anticipates Hiring Over 1 Lakh Candidates for the Industry