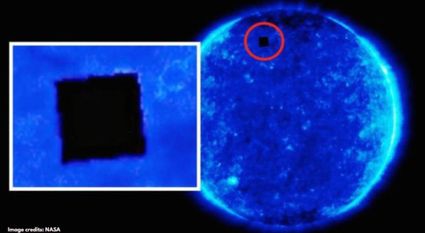 A NASA observatory, dedicated to the research of hazardous asteroids in the space, captured China’s Tianwen-1 Mars mission vehicle on camera last week.

A NASA observatory, dedicated to the research of hazardous asteroids in the space, captured China’s Tianwen-1 Mars mission vehicle on camera last week. A tweet shared by NASA Asteroid Watch on its official handle included the footage of the spacecraft bound for Mars speeding away in the space with its orbiter, lander, and rover intact.

As per reports, NASA’s Planetary Defense Coordination Office observed the Tianwen-1 vehicle as it was running a program to scan large patches of the sky for astronomers to map the object’s path at a facility at Mauna Loa on Hawaii Island. The observatory was working on Asteroid Terrestrial-impact Last Alert System (ATLAS) which identifies celestial objects in the space, such as a comet. China’s three robotic components, that will attempt to land at a site in northeastern Mars, was caught on the visuals instead.

Tianwen-1 which translates to “questions to heaven” was launched on a Long March 5 rocket this month from Wenchang on Hainan Island, as per a report published last week in the journal Nature Astronomy which was composed by team members of China’s Tianwen-1 Mars mission.

The spacecraft, according to the study, will make a landing on Mars in February 2021 around the same time as NASA’s Perseverance rover and the United Arab Emirates’ Hope orbiter, which was launched on July 19.

China has isolated an area stretching from Isidis Planitia across to the big volcano Elysium Mons for the landing where NASA’s Viking 2 lander touched down in 1976.  According to the study, China’s rover will operate for at least 90 Martian days and as of now, it’s the 20th lunar day on the moon. Tianwen-1 orbiter is expected to provide scientific communication links to the rover while it will carry out the observation on the dedicated Mars area for 1 year, which is approximately 687 days on the earth.

RCPSDC Headquarters moves into its own office at Saket, New Delhi