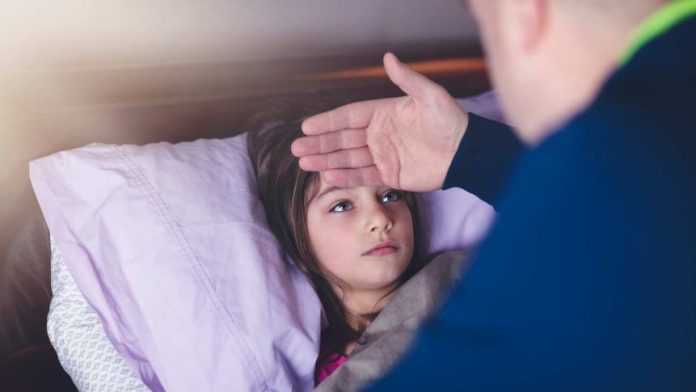 From the time the coronavirus pandemic has wreaked havoc worldwide, checking of temperature before letting one enter anywhere has been a common sight. A recent study by the All India Institute of Medical Sciences (AIIMS), has said that this over-emphasis on fever as a symptom of coronavirus may have led to a lot of cases being missed.

A study carried out in AIIMS, Delhi and AIIMS Jhajjar on 144 subjets showed that only 17 percent patients had the fever.

“Fever was present in only 17 per cent of our patients, which was far less compared to other reports across the globe, including the Chinese cohort in whom 44 per cent had fever at the time of presentation and 88 per cent developed fever during the hospital stay,” The study stated.

The study further state, “more than 44 per cent of the hospitalized patients were asymptomatic at the time of hospital admission and remained so throughout. Thus, overemphasis on fever as a predominant symptom may lead to several cases being missed. This may be a cause of concern as these asymptomatic patients are potential transmitters of infection in the community.”

No Correlation with Smoking

The study also found ‘no significant association’ between the severity of the disease because of the subject being smoker or non-smoker. There was also not much difference between age, sex, TLC grading or lymphopenia. “However, a significant association was observed between severe disease at presentation and Neutrophil-to-Lymphocyte [N-L] Ratio,” the study said. The N-L Ratio is used to ascertain inflammation in the body.

Scientists Have Found Traces of Nitrogen Compounds in 4 Billion-year-old Martian...