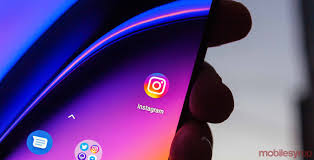 Instagram is reportedly adding a new alert that would show users a history of the posts, comments, and stories that could be or has been removed from the platform.

While a lot of users are protesting against Instagram blocking their accounts for “no apparent reason”, Instagram has decided that it will now inform users before deleting their account. Instagram is reportedly adding a new alert feature that will show users a history of the posts, comments, and stories that could be or has been removed from the app.

As per the revised policy, if an Instagram user further uploads content against the app’s guidelines, their accounts could be permanently deleted, The Verge reported. Furthermore, the alert will give an Instagram user a chance to appeal the company’s decisions directly through the alert. This is much better than having to go through its help page on the web. In the beginning, only some types of content would be allowed to be appealed like pictures removed for nudity or hate speech. The platform plans to expand the available content appeal types over time.

Additionally, the photo-sharing app is also planning on giving its moderating team more leeway to ban wrongly influential actors. Lately, models, photographers and adult movie artists have been raising their voices after many of them lost their content and accounts overnight on Instagram without any information because of “policy violation”.

Besides, recently it was reported that Facebook might be planning to launch its WhatsApp payment service in the Indian market soon. The social media giant just recently completed an audit that covered its data practices. Government of India delayed the launch of the payment feature on WhatsApp because of data privacy and security concerns. As per reports, the government asked WhatsApp to reveal its data practices to a third-party auditor. The government wanted to ensure that all the WhatsApp payment-related data was only stored on servers inside India.

As per a Bloomberg report, WhatsApp is preparing a report to submit it to the Reserve Bank of India for approval. Facebook initially rolled out the payments feature in the beta stage more than a year back in 2018. There is no clarity on when exactly Facebook will get the official green light to launch the payment service. However, it is worth noting that the company is set to enter a crowded payments space. A number of payment service giants including Paytm, Google Pay, Amazon Pay, and more are already competing against each other. It is also worth noting that all these services are already following the RBI data localization guidelines.

Supreme Court Verdict On Kashmir : Curbs On Internet Subject To...