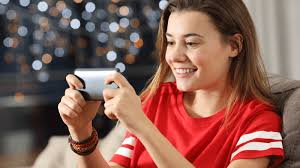 OTT content player Netflix has unveiled its cheapest plan – Rs 199 a month – but only for smartphones and tablets to expand its subscriber base in the country and to better compete with the likes of Hotstar.

Ajay Arora, director, product innovation at Netflix, said that India subscribers watch more on their mobiles than subscribers anywhere else in the world. “We believe this new plan will make Netflix even more accessible and better suit people who like to watch on their smartphones and tablets – both on the go and at home,” he added.

Netflix rival Hotstar’s subscription plans start at Rs 199 per month while Amazon Prime Video, which is part of Amazon’s Prime subscription, is priced at Rs 129 per month. Zee Entertainment’s ZEE5 is available at Rs 99 per month while ALTBalaji, the video streaming service of Reliance-backed Balaji Telefilms is priced at Rs 100 for three months. Times Internet-owned MX Player is currently available on a free ad-supported model.

The company said that almost half of Netflix India users downloaded at least one film or episode-in- series in June 2019.

It added that more people in India sign up on the mobile than anywhere else in the world.

“The numbers of films watched per month/per member in India has grown 50 percent since January 2018,” it added.

Netflix said it is investing heavily in Indian films and series. It added that 13 new films and nine new original series are already in the pipeline.