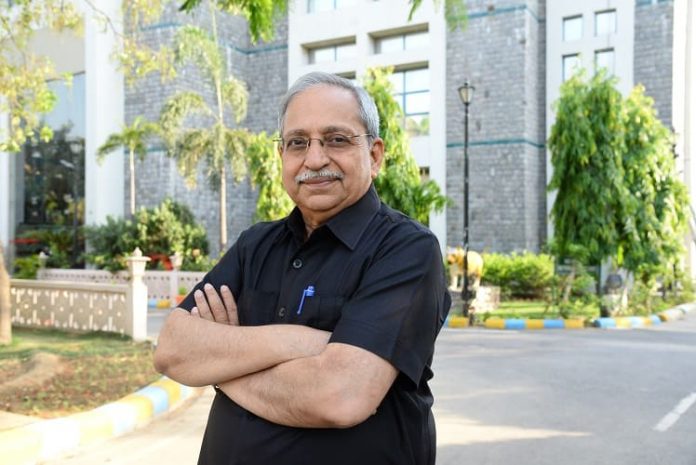 Q  The nation loves to believe that most teachers today love their notes more than what may be there in any text-book, prefer a text-book written by a desi author over reference books that the world reads, and skills-enhancement is an unnecessary appendage that colleges, institutions, and universities do not need. Would you agree to this? If not, what do you think is the real state of education today?

A. Use of old notes by senior faculty for classroom teaching has been an endemic problem in most of the old public universities and colleges. Text books authored by local faculty are also widely used. Many times there are commercial considerations due which an ordinary local text book is preferred by a faculty in comparison to a standard international text book.

Skill development is still a neglect area in the Indian Higher Education. Whole emphasis is on developing theoretical knowledge much of which may be outdated. This is the main reason that graduates from an average university or colleges are not employable in the job market.

Q  What hurts our education system more… differences in curriculum, varying examination patterns, or dissimilar evaluation standards? Or are there other factors that are not included in this question? Is it possible to harmonize these differences?

A. Homogenization of curriculum and evaluation in a huge and diverse country like India is not advisable. Universities need to connect with local surroundings and communities. There should be continuous interface between universities and recruiting organizations about changing jobs requirements and profiles. Accordingly curriculum should be revised and updated on continuous basis.

Q  Is it true that Centre vs state/UT political conflict has hurt education and education-related policies more than any other factor? If this is true, what is the way out? Is finding a way out the responsibility of educators?

A. Education is in the concurrent list of Indian Constitution. Both union and state governments have right to frame laws and statues on education related matters. There was a huge controversy when NEET test was introduced and students of Tamil Nadu were agitated due to change in the test pattern. I will advise that MHRD should organize a meeting of state education ministers before framing any important policy on education. For example, New Education Policy will have to be announced soon after the formation of the new government but opinion of state governments will be very important to be considered before finalising the New Education Policy.

Q  Why is it that despite a National Education Policy in place and with more than sixty years of focus on education, our own employers from the business world complain of getting students who are not future-ready? Being employable is still a major issue. Does the fault lie with thinkers and legislators OR with the implementers?

A. New Education Policy is still yet to be announced. Actually the draft prepared by TSR Subrahmanyam Committee was not okayed by the then MHRD Minister, Smt Smiriti Irani and a new committee under Dr Kasturirangan was formed in 2018. For poor employability of Indian graduates, both policy makers and educational administrators are equally responsible.

Q  Where do you think the real revolution in education needs to start… the primary schools, secondary schools, or colleges? Must this revolution have its epicenter in student-oriented activities or must it revolve around faculty restructuring?

A. Indian education requires a restructuring, reforming and transforming at all levels because the whole edifice is crumbling. Cosmetic changes or repaint here and there will not work. But whether our political parties are ready for it and are willing to invest huge funds needed for this transformation?

Q  It is still a trend for everyone to yearn for higher education despite the efforts of the government in the past few years to shift the focus towards skill development and vocational training. What can be done to change this mindset?

A. Skill development endeavours of recent years have failed mostly due to faulty design and also due to mindset of our youth who are always yearning only for government jobs.

Q  Finally, education is inextricably meshed in with an unhealthy craze to acquire ranking awards to prove their credentials. Do rankings and awards really authenticate quality? Do you think the next draft of NEP needs to have an authentication check-list laid down for awards and rankings?

A. There is a glut of rankings and awards in Indian education. Mostly these are not genuine because of commercial motives. There are several fault lines in the designing of NIRF started by MHRD in 2016. Still less than 10 per cent institutions are participating in it.