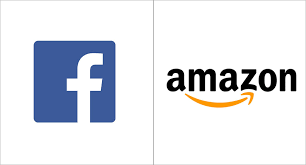 As US government regulators act tough on tech giants over privacy violations and anti-trust activities, Amazon and Facebook spent the maximum in lobbying – around $4 million each – in the second quarter (Q2) this year.

The anti-trust regulators in the US are scrutinising Facebook, Amazon, Apple and Google”s parent company Alphabet over biased market practices and data privacy violations.

“Facebook and Amazon each notched a quarterly sum above $4 million for the first time ever in the three-month period from April to June,” Politico reported on Tuesday.

Facebook spent $4.1 million on lobbying activity while Amazon shelled out just over $4 million.

Google shelled out $2.94 million on lobbying in the second quarter. Apple spent $1.81 million on federal lobbying while Twitter spent around $440,000.

Microsoft spent $2.7 million on lobbying activity for the quarter.

The House Committee on Judiciary discussed anti-trust issues while the Senate Banking Committee deliberated upon Facebook”s digital currency ”Libra” that is slated to arrive in 2020.

Amazon is often criticized for undercutting competition on price.

“Facebook and Google have struggled with questions around privacy, free speech and election interference. Amazon and Apple meanwhile have grown so large and powerful, some lawmakers say they have become monopolies that need to be split up,” said CNET in a recent report.

Facebook has reached a whopping $5 billion settlement with the US Federal Trade Commission (FTC) in the Cambridge Analytica privacy violations.

Google has abused its market dominance by imposing a number of restrictive clauses in contracts with third-party websites which prevented Google”s rivals from placing their search adverts on these websites, according to the European Commission.

Dr. A. Sakthivel’s Perspective on the Union Budget and Opportunities for...