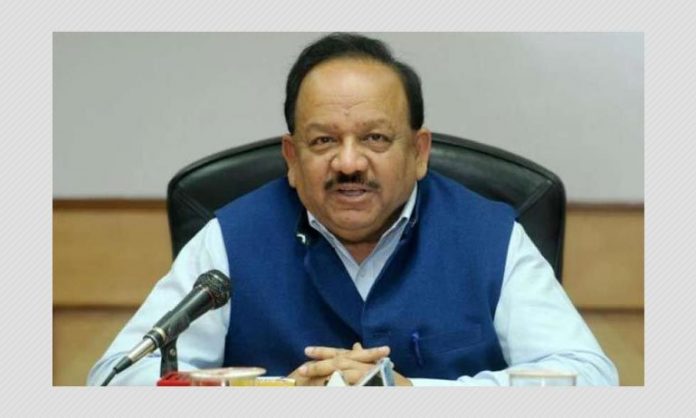 Health Minister Harsh Vardhan would succeed Dr Hiroki Nakatani of Japan, currently the Chairman of the 34-member WHO Executive Board.

New Delhi: Union Health Minister Harsh Vardhan, who is at the forefront of India’s battle against COVID-19, is set to take charge as the chairman of the World Health Organization (WHO) Executive Board on May 22, officials said on Tuesday.

Mr Vardhan would succeed Dr Hiroki Nakatani of Japan, currently the Chairman of the 34-member WHO Executive Board.

The proposal to appoint India’s nominee to the executive board was signed by the 194-nation World Health Assembly on Tuesday, officials said on condition of anonymity.

His taking over the post seems to be a formality after the decision that he will be India’s nominee as the WHO’s South-East Asia group had unanimously decided last year that India would be elected to the executive board for a three-year-term beginning May.

Mr Vardhan would be elected at the Executive Board meeting of the World Health Organisation on May 22, the officials said.

The chairman’s post is held by rotation for one year among regional groups and it was decided last year that India’s nominee would be the Executive Board chairman for the first year starting Friday.

It is not a full time assignment and the minister will just be required to chair the Executive Board’s meetings, an official said.

The Executive Board is composed of 34 individuals technically qualified in the field of health, each one designated by a member state elected to do so by the World Health Assembly. Member States are elected for three-year terms.

The Board meets at least twice a year and the main meeting is normally in January, with a second shorter meeting in May, immediately after the Health Assembly.

The main functions of the Executive Board are to give effect to the decisions and policies of the Health Assembly, to advise it and generally to facilitate its work.

Addressing the 73rd World Health Assembly via video conferencing on Monday, Mr Vardhan had said India took all the necessary steps well in time to combat the COVID-19 pandemic.

He had asserted that the country has done well in dealing with the disease and is confident of doing better in the months to come.

India is set to take over the chairmanship of the Executive Board amid growing calls, including by US President Donald Trump, to investigate how the coronavirus originated in China”s Wuhan city and subsequent action by Beijing.

A terrorist called ‘compulsory’ in education