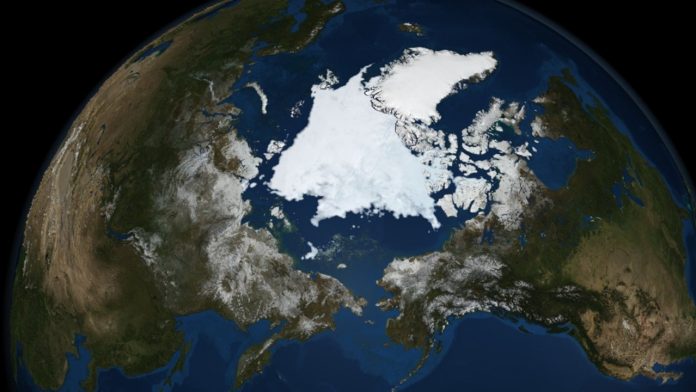 The European Space Agency has revealed, a new unusual hole in the ozone layer has started to form over the Arctic. According to ESA, the ozone layer over the North Pole has been depleted plenty of times in the past. Scientists using data from the Copernicus Sentinel-5P satellite have noticed a strong reduction of ozone concentrations over the Arctic.

Unusual atmospheric conditions, including freezing temperatures in the stratosphere, have led ozone levels to plummet—causing a ‘mini-hole’ in the ozone layer, the ESA said in a statement.

While the ESA scientists expect it to close up later this month, it’s a troubling update on the planet’s environmental health. The ‘ozone hole’ most commonly referenced is the hole over Antarctica, forming each year during autumn.

In the past weeks, scientists from the German Aerospace Center (DLR) have noticed the unusually strong depletion of ozone over the northern polar regions. Using data from the Tropomi instrument on the Copernicus Sentinel-5P satellite, they were able to monitor this Arctic ozone hole form in the atmosphere.

“The ozone hole we observe over the Arctic this year has a maximum extension of less than 1 million sq km. This is small compared to the Antarctic hole, which can reach a size of around 20 to 25 million sq km with a normal duration of around 3 to 4 months,” said Diego Loyola from the German Aerospace Center.

Arctic temperatures do not usually plummet as low as in Antarctica. However, this year, powerful winds flowing around the North Pole trapped cold air within what is known as the ‘polar vortex’—a circling whirlpool of stratospheric winds.

By the end of the polar winter, the first sunlight over the North Pole initiated this unusually strong ozone depletion—causing the hole to form. However, its size is still small compared to what can usually be observed in the southern hemisphere, informed ESA.

Claus Zehner, ESA’s Copernicus Sentinel-5P mission manager, said: “The Tropomi total ozone measurements are extending Europe’s capability of the continuous global ozone monitoring from space since 1995. In this time, we have not witnessed an ozone hole formation of this size over the Arctic.”

In the past, mini ozone holes have occasionally been spotted over the North Pole, but the depletion over the Arctic this year is much larger compared to previous years.

Traditional education system should be transformed into intervention research and learning...