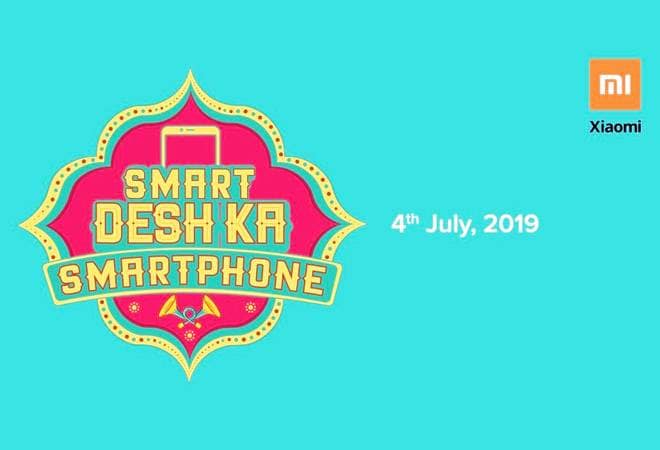 Xiaomi’s Redmi 7A smartphone will be launched on July 4. Flipkart has created a dedicated microsite highlighting the availability of the phone. Other than Flipkart, Xiaomi’s Redmi 7A will be available through Mi.com and Mi Home stores. This product is a modified version of Redmi 7 and additionally comes with Snapdragon 439 SoC and packs a 4,000mAh battery.

Xiaomi India Managing Director Manu Kumar Jain tweeted the Redmi 7A release date and called it “smart desh ka apna smartphone”. He also said that the Redmi 7A will have a feature that is not present in the China version of the phone.

The Flipkart’s microsite doesn’t say anything about the price and availability of the Redmi 7A, though the online listing does underline the launch date as July 4. The microsite also talks about “fast processor”, “Facebook-ready camera”, and “long lasting battery” on the new Redmi 7A device.

The launches of Redmi 7A in the Chinese market will have phones in two storage variants with 16GB and 32GB onboard storage options. Manu Jain has already made it clear on Twitter that the phone has a feature that none of the other brands under Rs 20,000 segment provides.

In India, Redmi 7A will succeed Redmi 6A and is expected to come with features like Type C port, IR blaster, among other things. Redmi 7A was launched in two variants in China – 2GB RAM and 16GB storage and 3GB RAM and 32GB storage. The price of the 3GB RAM model of the Redmi 7A in China is 599 Yuan (approx Rs 6,000). The Company will reveal the official India price of the phone soon!

As far as specifications are concerned, Redmi 7A comes with a 5.4-inch IPS LCD display with HD+ resolution. It is powered by Qualcomm Snapdragon 439 chipset paired with up to 3GB RAM and up to 32GB storage. The phone runs on MIUI 10 based on Android 9 Pie and has a 4000mAh battery and includes a 10W charger.

A Career Path Is Also Important With the Placement: Dr. Ramasastry...