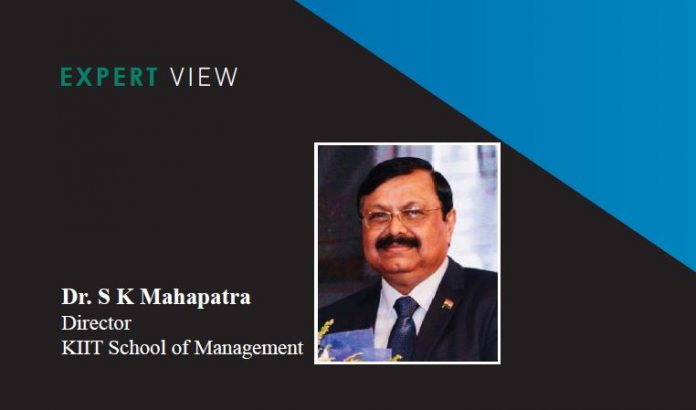 The United Nations adopted seven development goals In the year 2000for the Planet and its inhabitants. One of the Goal was to make safe drinking water available to people and reduce water scarcity for at least half the affected people by 2015. The goal was achieved due to concerted efforts and collaboration by members of UNO. In 2015, the UNO adopted 17 sustainable development goals and one of the key goals was to make safe drinking water available to all the people by 2030. Latest updates indicate that around 1.2 billion people around the world don’t get access to clean drinking water even now.

The water scarcity is primarily driven by two converging phenomena: increasing demands for freshwater use and decreasing supply of clean water due to steady depletion of usable freshwater resources. There is a physical angle to water scarcity and an economic angle as well.

The quantity of water is limited physically. There is water scarcity in ‘absolute’ terms, due to non-availability of enough natural water resources to cater to the net demand. This is physical water scarcity. The economic water scarcity is a result of poor management of the available water resources, due to lack of awareness of consequences or lack of access to the right technology for managing the consequences. The attitude to waste water is driven by lack of information and community sensitization about how communities are interdependent in an aggregated way and could address as a collective only, the balancing of demand and supply of critical natural resources like clean water and clean air.

There is a developmental skew in the path of human civilisation over many centuries but the skew became extremely harmful in the last two centuries due to rampant exploitation of natural resources for the economic purposes of industrialisation. Earlier, the market used to be a subset of the society but after the industrial revolution and colonisation of Africa, Americas, Asia, Australia and Antarctica for feeding raw materials for the industries of the colonial powers, the Society turned into a subset of the Market. Even after the decolonisation, which started 100 years ago and which is almost non-existent in the political context today, the market has only grown more and more powerful and assertive.

Practically, the real masters of the society today are the power elite of the Market Economy. The World Bank, the Federal Reserve, the Dow Jones, and the other major stock exchanges of the World determine the fate of civilisation. The market determines how much water people and other livestock should drink and how much water the machines should guzzle! Thus, the solution to water crisis can be addressed much better by raising the awareness of the leaders of the Market Economy with a logic that would appeal to the market. They must see a better sense in correcting the skew of the water usage, for the prospects of better business in the market.

The bottling industry has made trillions of dollars peddling doubts about contamination of ground water in populated habitats. First the industry contaminated the ground water and the rivers through polluted effluent discharge, and then they came out with  industrial solutions to purify water, selling water purifiers in mass scale. The cycle of wrong and right shall continue unless the loop is broken with another strong logic, where the market can see more dollars in saving water from pollution.

In the context of India, the nature has endowed her with plenty of sunshine and rain, hills and plains, and a rich pastoral culture that worships nature in different forms across the diverse hills and plains of India. More rain water gets drained out to the ocean than what is necessary to provide clean drinking water to her 1.3 billion people. The distribution of water through a network of rivers, rivulets and canals have not progressed with speed and purpose. The major bottleneck has been the so called reasons of ‘economic viability’. After building a few irrigation dams, the perineal flood cycle could be broken in India, and the green (agriculture) revolution made India self-sufficient in food grains. The inertia of self-sufficiency did not allow to think beyond, and every proposal to connect the rivers of India through a network of canals were considered unviable. Had that been done, there would not be any physical wastage of water nor scarcity of drinking water, water for irrigation or industry either. Rain water harvesting, afforestation and internal looping of river waters are already proven techniques for mitigating water crisis in every region. The more we act the less we shall suffer, and we must join hands to bequest a better world for the future generations. We must eradicate the water crisis fully by 2030.

Skilling Is Transforming The Rubber Industry