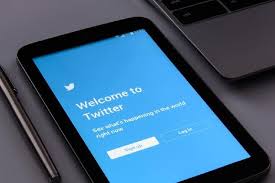 Twitter says it will soon offer users more context about unavailable tweets, rather than just presenting a wall of “This Tweet is unavailable” notices. TechCrunch notes that the feature should cut down on confusion when you’re trying to read a Twitter conversation, only to find that half of its tweets are missing for reasons that aren’t obvious.

Tweets can be unavailable for a variety of reasons: they might contain a keyword that you’ve muted, an account’s tweets could be protected, or a tweet may have been deleted. When we asked, Twitter declined to say exactly what the notices would look like but said they would be an evolution of its existing notices, such as when it labels tweets that have been removed for violating its terms of service, or when a reply is from an account that you’ve blocked. Twitter says the new feature should become available “in a few weeks.”

Alongside these changes, the social network is also experimenting with using profile picture icons to offer more information about replies in Twitter threads, reports TechCrunch. People tagged in the original tweet are labeled with a small ‘@’ symbol for example, while the original poster has a small microphone symbol shown on their profile picture when they reply to their own tweet.

As well as making conversations easier to read, these changes could help with a popular Twitter scam where users with the same name and profile picture as popular accounts respond to their tweets with links to shady Bitcoin scams. These proposed icons would theoretically make it easier to tell the original poster’s replies apart from the scam accounts.

There’s no public time frame for when this feature might become available, but it’s currently being tested with select users on the platform.

Samsung India refreshed its Galaxy A series with Galaxy A80 at...