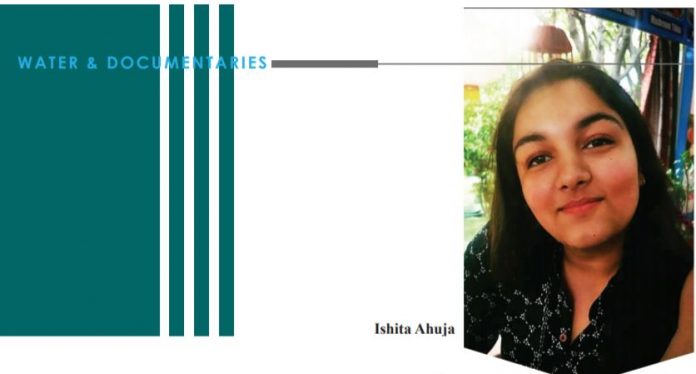 If you think films use water only to dilute whiskey in a glass or to give prominence to the curves and sensuality of a female body, think again. Water is powerful enough to identify conflict and even be there twisting and turning to push in solutions to filmi crisis. By the way, water isn’t always roaring or zipping around like a super hero just saving the world, but is also providing adequate contrast to human and animal characteristics, For instance, in the Hollywood blockbuster ‘Remember The Titans’, it is Denzel Washington as Coach Herman Boone who says: ‘A water break? Water is for cowards. Water makes you weak. Water is for washing blood off that uniform and you don’t get no blood on my uniform, boy you must be outside your mind! We are going to do up-downs, until Blue is no longer tired, and thirsty.’ 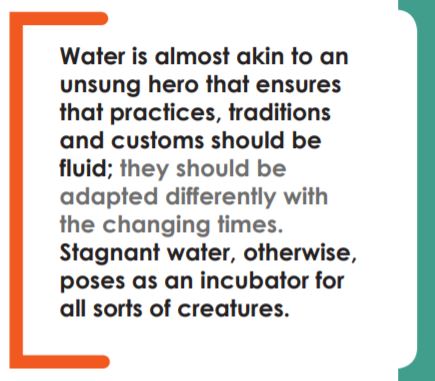 Water is almost akin to an unsung hero that ensures that practices, traditions and customs should be fluid; they should be adapted differently with the changing times. Stagnant water, otherwise, poses as an incubator for all sorts of creatures. All of this and many more protean characterizations of water are done, whether it is the quintessential romanticising of the rain, the coquettish holi celebrations or the dancing and prancing around under waterfalls. Water does a lot. Even in films.

Water, by the way, has been used to create so much art. It has been an inspiration and an involved muse for many works of varying genres and amongst them are films. Film, as an art-form, is a way of expression for the creators of it, but for the viewers, it is a medium of escapism; an escape from their version of realities and more importantly, an escape from themselves. What we may not realise is that even though they take us away from our facticity for a time, they bring us closer to ourselves; understanding ourselves.

When tropes of fiction, surrealism and/or fantasy are used to tell a story or toconvey a message, it provokes the audience to think, but when elements of reality, especially the ones we encounter in our daily lives, are employed to evoke a reaction or invoke a feeling, it stays with them throughout.

This short piece revolves around films and documentaries engineered to give you a better knowledge about the way water has been treated in the audio-visual medium in the entertainment as well as the information segments. A few films that have made their connect with water obvious are ‘Flow: for the love of water’ (2008) by Irena Salina, ‘Water’ (2005) by Deepa Mehta, ‘Dunkirk’ (2017) by Christopher Nolan, ‘Chinatown’ (1974) by Roman Polanski, and ‘Water Pressures’ (2013) by William Natale.

One such element is water. So versatile. Whether it is a location, setting, invigorating emotions, exemplifying figures of speech or just showing its beauty in one of its many forms; it is dynamic.

Take for instance Anurag Kashyap’s neo-noir classic No Smoking (2007). Incidentally, Wikipedia says that the term neo-noir was“popularized in 1955 by French critics Raymond Borde and Étienne Chaumeton. It was applied to crime films of the 1940s and 1950s, mostly produced in the United States, which adopted a 1920s/1930s Art Deco visual environment.” The bathtub is used as a channel for K to traverse between his conscience and sub-conscience. Water, here, although used as an accessory to exhibit the transition also indicates the fear, anxiety and the stifling conundrum (courtesy, Baba Bengali) that has essentially robbed him of his free will. Fear and anxiety, suppression and depression, fluidity and formidability, all can be expressed through water. It is one such element which can act and serve as an inspiration, as both, the foundation of a film and an adjunct to it.

Off the top of my head I can think of Chinatown (1974), the film with Jack Nicholson and Faye Dunaway in lead roles. The story is about a cop turned private investigator who discovers that there is an imperilling malfunctioning in the Department of Water and Power of LA, all indirect relation to the case that he has to solve. It is loosely based on Los Angeles’ fight over Owens Valley water supply in the 1910s. Even though it is a noir classic, Polanski and the writers presented the story quite subjectively and the idea was clearly drawn from the public’s preoccupation with corruption and feudal bureaucracy that had led people to go to insurmountable lengths to feed their cynic and greed; taking away water.

As the rain poursdown heavily and the camera establishes the opening scene in Rashomon, the temple is barely standing tall in the downpour as the commoner comes rushing in. Soon, three characters start narrating and discussing various versions of an instance that took place in the woods. The main aspect that tells us the difference between times is Kurosawa’s use of rain. It is raining in the opening scene of the film.It is used throughout the course of the film as an editing transition to bring us back to the present.

“The water is ‘blooming’ with sea sparkles. Why don’t you take her out and show it to her?” Bobby asks Bonny to take Nylah out to show her Kavaru in the Malayalam blockbuster Kumbalangi Nights (2019). The shining waters of Kumbalangi are a product of bioluminescence that occurs in brackish waters. The said sea sparkles are a metaphor of the similar sparkling chemistry between Nylah and Bonny. Likewise, the present state of dal lake in Jammu and Kashmir is a tell-tale sign of the decaying that the state and more so, the people, have had and continue to go through in the docu-drama Raqs-e-inquilab (2019). Once idiosyncratic lines by Jahangir Gar firdaus bar-rue zamin ast, hami asto, hamin asto, hamin ast (translation: If there is a heaven on earth, it’s here, it’s here, and it’s here), do not suit the place anymore. A place once known to be the beauty and pride of an entire nation is reduced to ‘the world’s most militarised zone’.

It would not be fair to conclude the article without mentioning Deepa Mehta’s final film in the trilogy, Water (2005). It is a story about the mistreatment and prejudice done with the Hindu widows, set in the holy city of Banaras of the 1930s. The film is shot from a child widow’s point of view who doesn’t understand the relevance, concept or significance of the tradition that she is being forced to follow. More importantly, the film elucidates the capitalistic mind-set of the people that have stooped so low as to mould religions to their avarice.

Well, water does support the subtle and not-so-subtle romantic interludes in life as well. Just look at the way Ryan Reynolds in ‘Deadpool 2’ expresses his love: ‘I loved her. I loved her like an ocean loves water.’ Or the way water rises in importance in ‘The treasure of the Sierra Madre‘: ‘Water’s precious. Sometimes may be more precious than gold.’ So yes, water and films do have a bond that goes well beyond being a mere show-piece in an audio-visual treat.