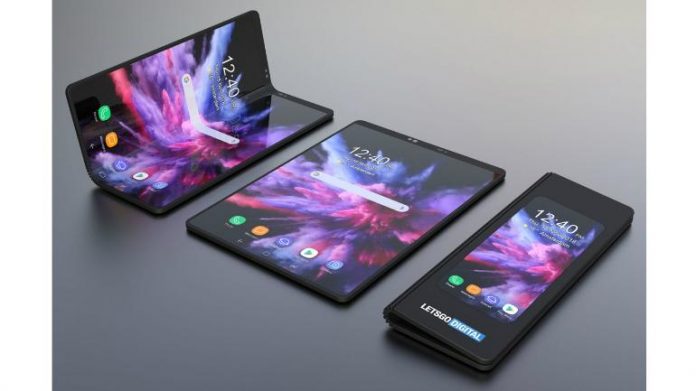 Samsung Galaxy Fold is set to launch in India today, after the company made it available in the US last week. The foldable phone, a first-of-its-kind from the company, comes with a tablet-sized screen when unfolded, and a secondary small screen in folded state. The pricing and availability of the Galaxy Fold will be announced at the event, and it certainly won’t be cheap. If the US price of Samsung’s troubled foldable phone is to be considered, the Galaxy Fold might be priced over Rs. 1,40,000 in India.

The Samsung Galaxy Fold India launch event will begin at 12pm (noon) IST today.The event will detail the pricing and availability of the foldable phone in the Indian market. We can presume that the phone will not be cheap, and will be sold at select retail outlets only. It should extend the Galaxy Fold Premier Service for its top-tier customers in India as well. This service looks to help you in the event of any mishap with the ‘delicate’ phone, and it includes 24×7 online support and one-on-one interaction with Samsung’s support personnel.

To recall, Samsung unveiled the foldable device at Unpacked 2019 earlier this year, and priced it at $1,980 (roughly Rs. 1,41,300). We can expect the Samsung Galaxy Fold to be at least as much as the US pricing, if not more. The launch was delayed after early reviewers saw their units damaged after peeling off an important film on the display, rendering the phone unusable. The company said that the foldable phone needed more improvement before it is launched commercially. Now, after much delay, the phone is ready for commercial use, and is being launched in varied markets.

In a new video titled, ‘Caring for your Galaxy Fold’, Samsung asserts that the display comes with a protective film, and an additional one is not required. The video says to use a light touch, keep the hinge away from water and dust, and keep valuables like credit cards and keys away from the phone, due to the magnets inside the hinge.

The Samsung Galaxy Fold comes with one screen in the front, and it opens and shuts like a book to reveal a big screen inside. The phone comes with a wide notch holding two selfie sensors on the inside and a triple rear camera setup that sits at the back. There’s another camera on the front – giving it a total of six cameras. 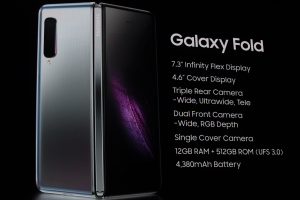 The Galaxy Fold provides a 7.3-inch display when unfolded with a cutout for the selfie camera, and the resolution is set at 1536×2152 pixels (4.2:3 aspect ratio), whereas the smaller 4.6-inch Super AMOLED panel includes 840×1960 pixels resolution (21:9 aspect ratio). The smartphone includes 12GB of RAM and 512GB of inbuilt storage (UFS 3.0) – there is no storage expandability. 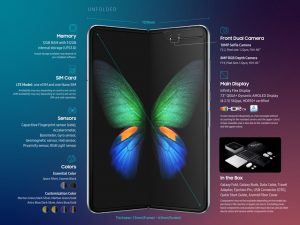 Taniya Shergil, The First Woman Officer Parade Adjutant In The...

The Gift of Lessons That My Gifting Company Taught Me