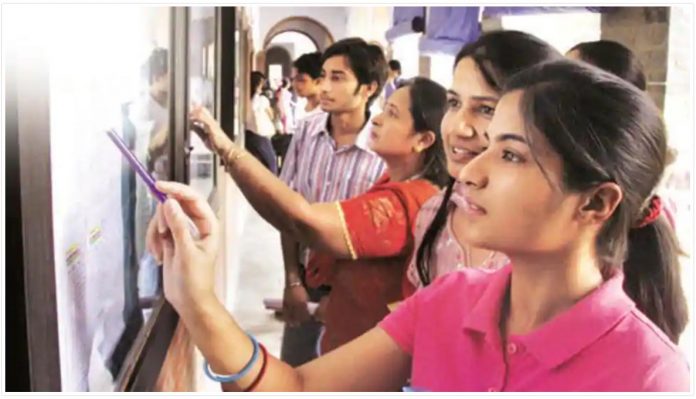 DU admissions 2020: The cut-offs released by DU are on the basis of best of four marks. Those who match with the cut-off will have to undergo a document verification process.

Delhi University admissions 2020: St Stephen’s College, under the University of Delhi (DU), has released its first cut-off for admission to undergraduate courses. The minimum marks needed for admissions at St Stephens in most courses including BA (Hon) Economics is above 99 per cent. For admission to economics, students will have to get 99.25 per cent or higher marks in class 12 board exams, for BA programme the cut-off is at 99 per cent for both commerce and science stream students. For the History programme too the cut-off is also at 99 per cent. This is higher than last year when economics and English saw the highest cut-off, 98.75 per cent.

While the cut-off has increased in almost all the courses. The biggest jump was seen in Sanskrit (Hons) course where cut-off has released 70 per cent from 65 per cent last year for commerce and science stream students, however,  for humanities students it remains at 65 per cent. This could set the tone for the cut-offs this season which are expected to release by October.

The cut-offs released by DU are on the basis of the best of four marks obtained in class 12 board exams. The best of four formulae include one language subject, one core subject (if applicable), and rest two subjects based on the highest marks scored in board exams. For each subject, the criteria can be slightly different, students need to study the prospectus carefully before applying. Those who match with the cut-off will have to undergo a document verification process.

Course-wise cut-off for St Stephens’ is as follows – This year, Delhi University had received the highest number of applications in the past three years at 3,53,919. This is up by over 1 lakh from last year when around 2.5 lakh students applied for undergraduate admissions. Further, this year, the number of students scoring over 95 per cent marks in class 12 board exams has also doubled in CBSE. As per the data provided by DU, most of the applications received this year too are from CBSE.

Airbnb had direct economic impact of $150 million in India in...