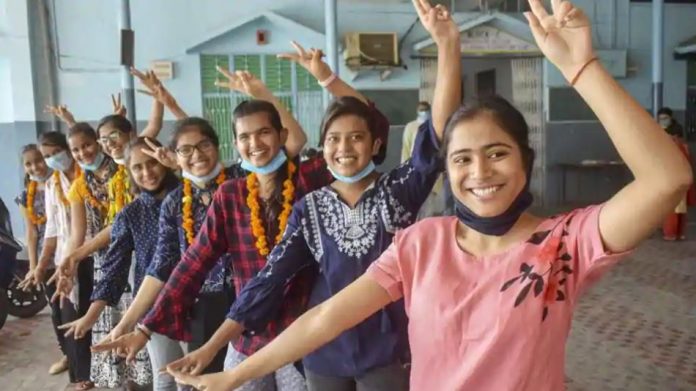 The best performance was registered by two states — Telangana and Rajasthan. Four candidates from each state had scored 100 percentile in 2019.

Twenty four candidates scored 100 percentile in the Joint Entrance Examination (Main) this year, with the largest number of toppers coming from Telangana. Among the remaining toppers, five are from Delhi, four from Rajasthan, three from Andhra Pradesh, two from Haryana, and one each from Gujarat and Maharashtra.

Last year, too, the same number of candidates were ranked first. However, the best performance was registered by two states — Telangana and Rajasthan. Four candidates from each state had scored 100 percentile in 2019.

The National Testing Agency (NTA) announced the results late Friday night, in less than a week after the entrance test finished. Since 2019, JEE (Main) is being conducted twice a year. The first cycle was held in January. The second cycle of the entrance test this year was delayed because of the pandemic. It was finally held in 12 shifts over six days from September 1 to 6.

The results announced Friday night reflect the best performance of candidates who appeared for the test in January and September.

Attendance in the second cycle seems to have suffered because of the pandemic. It fell by 20 percentage points over the first test held in January. While 94.32 percent of registered students appeared for the exam held in January 2020, attendance fell to 74 percent for the exam held earlier this month. Out of 8.58 lakh unique applicants, 6.35 lakh appeared for the engineering entrance test in September.

The conduct of the JEE (Main) was mired in controversy with some students demanding that the examination be put off, given the rising COVID cases in the country. The entrance test had already been postponed twice before.

Despite student protests, the government went ahead with the examination, arguing that careers cannot be put on hold indefinitely. The Supreme Court had also dismissed a plea for postponement, arguing that the “career of the students cannot be put in jeopardy”. It is the first national entrance test to be held amidst the pandemic. Next is NEET on September 16.

JEE (Main) is the qualifying exam for appearing for the JEE (Advanced). The top 2.5 lakh candidates of JEE (Main) can appear for JEE (Advanced) which is the entrance test for admission to the 23 IITs.

Toppers from January attempt included, Divyanshu Aggarwal was born in a family of doctors and was expected to follow medicine at first but he claims that it was his love for mathematics that made him chose the engineering stream. Another 100 percentile scorer, Akhil Jain is set to be the first engineer in his family. Born and brought up in Kota, Akhil was always inclined towards academics. Among the top scorers are twin brothers from Delhi who had topped the exam by scoring 100 and 99.9 percentile score. They used to prepare together and have a love for attempting the exam. Both said they would appear for JEE Advanced and aim for admission at IIT.

Hacker of Microsoft and Sony is behind the bars!