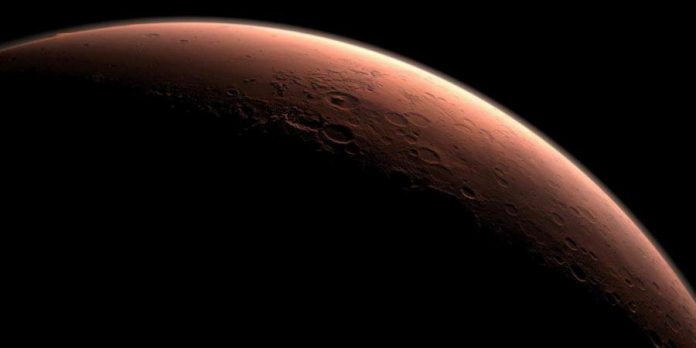 The Indian Space Reasearch Organisation (ISRO) captured an image of Phobos, an elusive moon of Mars, from a distance of 4,200km, on July 1.

BENGALURU: The Indian Space Reasearch Organisation (ISRO) captured an image of Phobos, an elusive moon of Mars, from a distance of 4,200km, on July 1. The image was captured by the Mars Colour Camera (MCC) aboard the Mars Orbiter, which was part of ISRO’s first interplanetary mission. The orbiter has been revolving around the planet since September 2014. The MCC camera was meant to probe the two moons that orbit Mars – Phobos and Deimos, among other objectives.

While ISRO is not the first space agency to capture the image of Phobos, it is certainly known to be an achievement, a scientist from the space agency said, because the moon is one of the least reflective bodies in the solar system. “Which means, being made up of meteorite materials such as ‘carbonaceous chondrites’, the moon does not reflect solar light, which makes it less visible by nature compared to other celestial bodies,” the scientist explained.

How they captured it
The space agency superimposed six different frames captured by the tri-coloured Mars Colour Camera (MCC) and the raw data obtained from the camera was adjusted to make it more realistic.

Exchange Visit of C U Raj to Arunachal Pradesh Under EBSB...