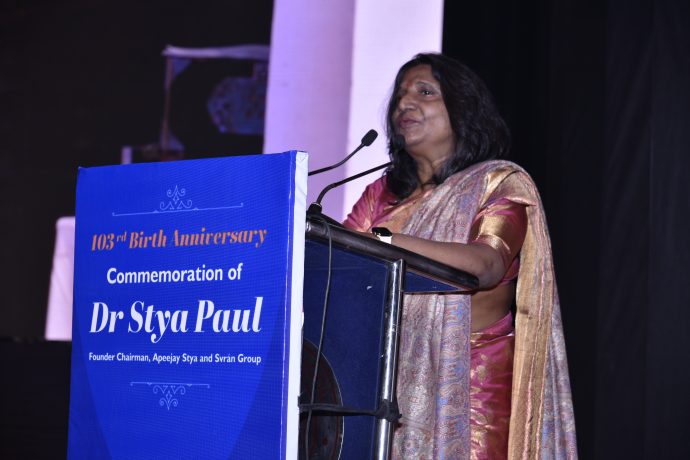 Mrs Sushma Paul Berlia, Co-Promoter and President, Apeejay Stya and Svran Group, Chairperson, Apeejay Education and Co-Founder & Chancellor, Apeejay Stya University, paid a rich tribute to her father, Dr. Stya Paul, while remembering the fascinating journey of his life from humble beginnings to the pinnacle of success and glory. Dr. Stya Paul’s legacy of excellence is being carried forward by his daughter and only child Mrs Sushma Paul Berlia, a leading woman entrepreneur and educationist of the country, who has made an outstanding contribution to industry and
education.

Speaking on the occasion, Mrs Sushma Paul Berlia said, “We are not just celebrating the anniversary and memory of my beloved father and Guru – Dr. Stya Paul, but also what he stood for, the values he exhibited and what it means to be human. The values of resilience, self-belief, self-determination, focus and never giving up are Apeejay Education ethos imbibed from Dr. Stya Paul’s persona and vision.”

She added that Dr. Stya Paul believed that everyone should believe in themselves and aspire to be their own grandest version.

Mrs Sushma Paul Berlia also spoke about the trials and tribulations during the COVID-19 induced lockdown and said, “It is a testimony to the resilience that we all have within, which has brought us this far.” She said that the very quality of resilience is something which Dr. Stya Paul’s life reflects profoundly wherein being physically challenged and numerous adversities could not come in the way of his legendary achievements and vision of man-making and nation-building.

Dr. Stya Paul was highly inspired by the values of Swami Vivekanand and Apeejay Education institutions always seek to propagate his teachings and values to the
students belonging to the present generation. In tune with this, a musical monoact on ‘Vivekanand’, was presented by Shri Shekhar Sen, the Padma Shri awardee. It was a befitting creative tribute to this spirited son of India, told through a narrative depicting his incredible life journey. Shekhar Sen is a renowned singer, music composer, lyricist, playwright and actor, who has to his credit more than 200 musical albums. 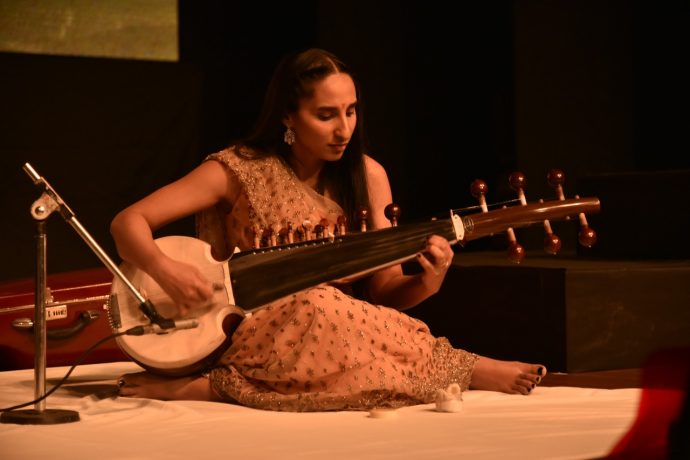 Another key highlight of the evening was a scintillating Sarod Recital by Dr. Neha Berlia, Co-Promoter, Apeejay Stya and Svran Group. She is the granddaughter of Dr. Stya Paul.  Dr. Neha Berlia is a gifted Sarod Player, with a number of National Awards to her credit. The audience was mesmerised by the performance which was much
applauded.

Covid-19 Pandemic – Skills and Strategies in a Post-Covid World