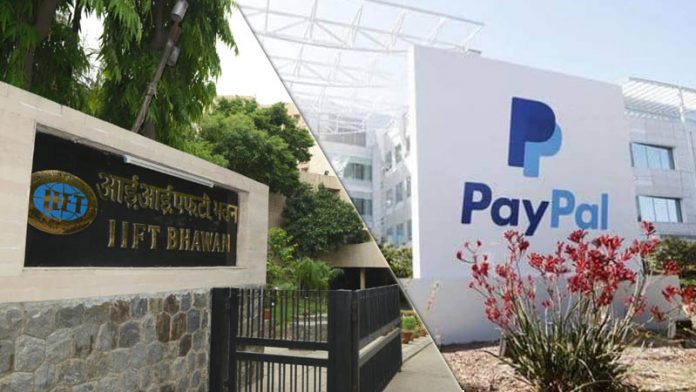 The Indian Institute of Foreign Trade (IIFT) in collaboration with the international digital payments leader, PayPal, is conducting a study exploring the impact of digitalization on the trade performance of Indian MSME sector. The study is being headed by Manoj Pant (Professor & Vice-Chancellor, IIFT), along with co-principal investigators, Sugandha Huria and Neha Jain (Assistant Professors of Economics) and research associates, Kriti Sharma and Ashley Jose.

The study focuses on Indian MSMEs which have rightfully received the tag of ‘Indian economy’s backbone’. Given their sizable contribution in the country’s exports, employment, and GDP, their growth prospects cannot be neglected. In recent years, digitalization has emerged as a key driver of business growth, especially so, after the onset of COVID 19 pandemic and its disruptive effects on the global economy. Prior to the pandemic as well, the fourth industrial revolution had gained momentum as a way of businesses to gain an edge over their competitors, with digitalization emerging as an important tool to facilitate selling and distribution, advertising, production, labour productivity, information collation, and distribution etc. Consequently, the MSMEs, being inadequately digitalized, have not only missed out on golden opportunities of growth but also suffered a blow in terms of lower revenues, falling demand, and increasing liquidity crisis. This poses a serious threat to the growth prospects and international competitiveness of Indian MSMEs. The study will delve deeper into the impact, challenges, and opportunities of digitalization on Indian MSMEs performance.

The study will deploy multiple resources such as preliminary analysis using existing literature and international trade databases, rigorous empirical investigation using the Centre for Monitoring Economy’s Prowess database and NSSO’s National Sample Survey 73rd round, and confirmatory analyses supported by a primary survey that was conducted jointly by the global leader in digital payments and IIFT. The two organizations also organized an online discussion at the launch of Digital Trade Facilitation Forum in October 2021. It brought together, various policy experts including the Secretary of the Ministry of MSMEs, Mr. B.B. Swain and Ms. Sonia Pant, Assistant Development Commissioner at the Ministry of MSMEs, and MSME exporters to have a discourse on current opportunities, bottlenecks, and possible future strategies with regards to digitalization and export behaviour of MSMEs in India. The inputs from the discussion served as a great value addition to the study.

The study will explore more into the effects, difficulties, and possibilities that digitalization has on the performance of Indian MSMEs.

The study will also highlight issues with Indian MSMEs’ potential for digitalization and the role of government programmes and policies in promoting exports among them.

To encourage policymakers to support the digitalization-led gains for Indian MSMEs, the study will identify the main areas of concern.

Is Your Future In Your Career? Visit University & Skill Expo and Conference 2022