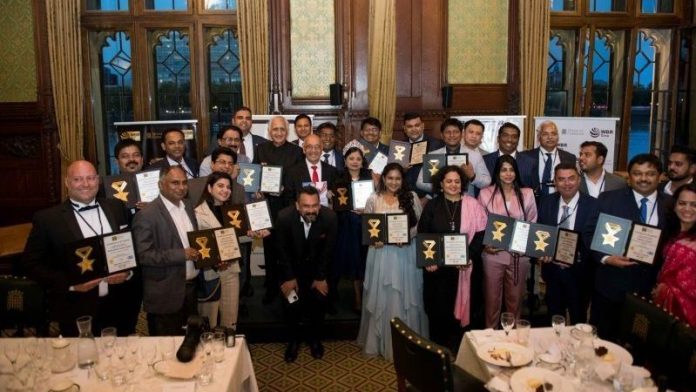 Chennai, June 9: After winning a slew of accolades and awards domestically, the Bharath Institute of Higher Education and Research (BIHER) was accorded with a rare honour in the United Kingdom. The deemed-to-be varsity was conferred with the Asian UK Award 2022 at a star-studded ceremony held recently, at the UK’s House of Commons in London – the iconic building that houses Britain’s parliament. The award was received by the President of the Chennai-based Group of Educational Institutions, Dr. J Sundeep Aanand.

Dr. Aanand received the Asian UK Award 2022 for Best Edupreneur, for his impeccable track record in educating thousands of students and ensuring they get employment opportunities in the biggest companies the world over. While former Union Minister for External Affairs and senior Congress leader Salman Khurshid and Former MP and Communist Party of India (Marxist) leader Sitaram Yechury were part of the awards ceremony, the citation was given to Dr. Aanand by Virendra Sharma, an Indian-origin Member of Parliament in the UK’s House of Commons.

Their flagship multi-stream university, the Bharath Institute of Higher Education and Research (BIHER), was awarded for having one of the most robust systems of promoting Industry-Academia relations, as evidenced by their robust NIRF rankings over the past few years.

Dr. Aanand also announced that the Bharath Group would create a program to fund and assist 100 deserving, underprivileged students pursue research grants abroad and create intellectual growth for India and Tamil Nadu, over a period of time. “No student studying in any of our group institutions should ever feel that they cannot do research overseas for lack of funds. We will help disadvantaged students with great ideas travel and conduct research and make us all proud,” he said. Currently, the Bharath Group of Institutions has MoUs with 100+ international universities including legendary citadels of learning such as the University of California, Berkeley, Cornell University, Harvard University, Auckland University of Technology and URAL Federal University, etc.

Reflecting on what the award, given by WBR Corp UK, meant to him, Dr Aanand said that this was merely the beginning of the grand plans they have for helping more of their students access global education through research collaborations. “I am truly honoured and blessed that a large UK-based combine has bestowed this honour on us. We have made great strides in the kind of research we are doing, despite working with some of the most rural and underprivileged students in the South of India. We do this by encouraging this kind of forward-thinking thought process to solve society’s problems as opposed to simply showing statistics. That is more important to us,” he said.

During the Ideas for India conference which was organized by Bridge India, Dr. Aanand, was one of the key delegates and discussed business, start-ups, defence tech, clean energy and how to tap the potential of students in rural areas with panellists who included the likes of Congress scion Rahul Gandhi, TMC MP Mahua Moitra, CPI-M General Secretary Sitaram Yechury, and Dr C Ashwath Narayan, Minister for Higher Education et al, Government of Karnataka, London’s Deputy Mayor Rajesh Agrawal, Lord John Browne, Chairman of BeyondNetZero. He said, ““It is an absolute pleasure to have debated and spoken with some of India’s best brains and this honour will go a long way in making our colleges sustainable and continuing our commitment to shaping some of the country’s best young minds.” 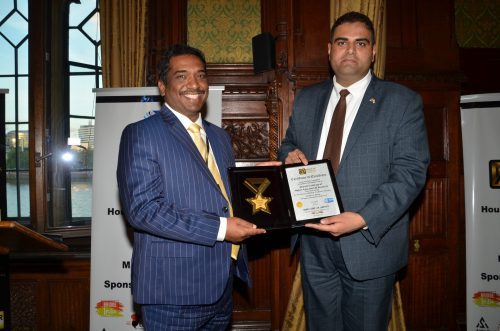 President Dr. Sundeep Aanand received the Asian UK Award 2022 while being a key part of the Ideas for India conference that featured powerful speakers such as AICC MP and former party president, Rahul Gandhi, former Union Minister Salman Khurshid and TIPRA Founder, Pradyot Manikya and many others.

About Bharath Group of Educational Institutes:

Started way back in 1984, what started as one of Tamil Nadu’s first private engineering colleges is now a massive educational conglomerate. Comprising BIHER (One of India’s most reputed multi-stream universities comprising Medical, Nursing, Architecture, Management, Agriculture, Pharmacy, Law, Management, Allied Health Sciences and Humanities and Sciences) the group also boasts of running the Bharath Medical College and Hospital and Sri Lakshmi Narayana Institute of Medical Sciences. The institutions are widely regarded as among the most well-attended in India and are known for opening their doors to students from disadvantaged families to help them get a great education.

Dr. J Sundeep Aanand is an educationist, philanthropist, entrepreneur, tech enthusiast and knowledge center. He currently serves as the Group President of the Bharath Group of Educational Institutes and has been instrumental in driving its growth from a small educational group to one of India’s biggest conglomerates for multi-disciplinary education. A skilled business watcher with an eye for start-ups and a keen investor in all things AI and defence, he routinely promotes ideas by young people because he believes they are the future of Tamil Nadu and India. He is also a leading member of India’s hospitality ecosystem as promoter of luxury hotel chain, the Accord Group of Hotels and Companies.