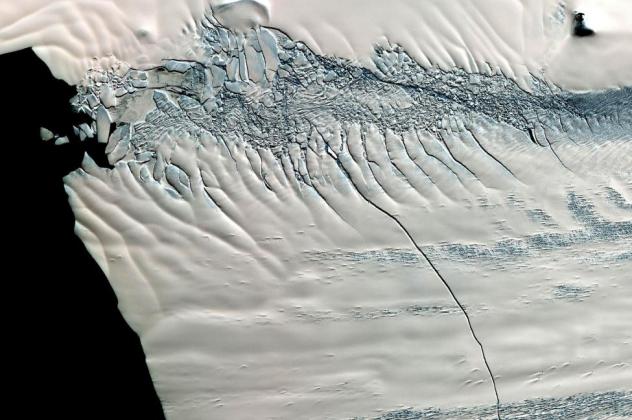 Jan. 27 (UPI) — Pine Island Glacier, Antarctica’s biggest glacier, continues to lose ice, but its thinning patterns are evolving in increasingly complex and unexpected ways. New research suggests the glacier is now shedding ice mass in a manner opposite of what was previously observed.

Using fresh data collected by the European Space Agency’s CryoSat, scientists at the University of Bristol, in Britain, analyzed the patterns of ice loss within Pine Island Glacier during the last 10 years.

CryoSat’s data allowed scientists to produce high-resolution maps of the glacier’s elevation changes, helping researchers to estimate where the glacier is losing its ice and how quickly.

Their findings, published Monday in the journal Nature Geoscience, showed ice loss rates within the previously fast-flowing central trunk of the glacier have slowed by a factor of five. Meanwhile, ice losses among the glacier’s slow-flow margins have increased dramatically. 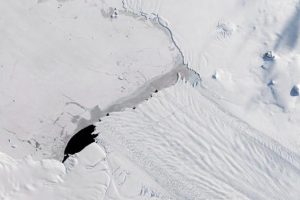 Over the past 40 years, Pine Island Glacier has contributed more to sea level rise than any other Antarctic glacier. How much the glacier will contribute to sea level rise moving forward is a much debated topic, and different computer models have offered conflicting predictions.

The latest research suggests the glacier’s grounding line, the line where Pine Island Glacier rises from bedrock and meets the Antarctic Ocean, is unlikely to move much over the next several decades. Instead, the newest data suggests the glacier will continue to lose ice at current rates for the foreseeable future.

“This could seem like a ‘good news story,’ but it’s important to remember that we still expect this glacier to continue to lose mass in the future and for that trend to increase over time, just not quite as fast as some model simulations suggested,” Bristol geoscientist and lead study author Jonathan Bamber said in a news release.

“It’s really important to understand why the models are producing different behavior in the future and to get a better handle on how the glacier will evolve with the benefit of these new observations,” Bamber said. “In our study, we didn’t make projections, but with the aid of these new data we can improve model projections for this part of Antarctica.”

Learn Skills to Make a Fruitful Career in AR, VR