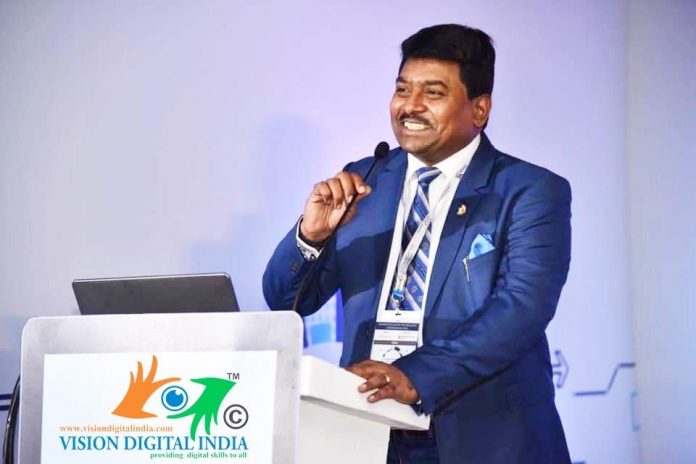 Google announced recently that it plans to invest $10 billion in India in the next five to seven years as the search giant looks to help accelerate the adoption of digital services in the key overseas market.

Sundar Pichai, chief executive of Google,  unveiled Google for India Digitization Fund through which the company will be making investments in the country. 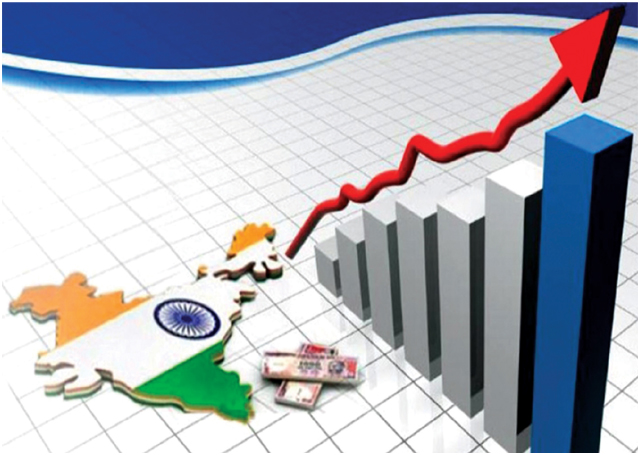 “We’ll do this through a mix of equity investments, partnerships, and operational, infrastructure and ecosystem investments. This is a reflection of our confidence in the future of India and its digital economy,” he said via video conference at the company’s annual event focused on India.
Investments will focus on four areas:

First, enabling affordable access and information for every Indian in their own language, whether it’s Hindi, Tamil, Punjabi or any other
Second, building new products and services that are deeply relevant to India’s unique needs
Third, empowering businesses as they continue or embark on their digital transformation
Fourth, leveraging technology and AI for social good, in areas like health, education, and agriculture
India is a key overseas market for Google, where a range of its products and services including Search, YouTube, and Android has made inroads with much of the entire online population. The nation of 1.3 billion people has emerged as perhaps the last great untapped growth market for American and Chinese giants.
More than 500 million people in India are online today and over 1 billion phones are in active usage in the country.

“There’s still more work to do in order to make the internet affordable and useful for a billion Indians…from improving voice input and computing for all of India’s languages, to inspiring and supporting a whole new generation of entrepreneurs,” said India-born Pichai.
Google, like every other American tech giant, though makes only a fraction of its revenue from the world’s largest internet market. But that does not appear to be a priority for any American or Chinese tech giant in India that is currently searching for the next hundreds of millions of users in developing markets.

Facebook, which rivals with Google and Amazon in India, made a $5.7 billion investment in Reliance Jio Platforms, the top telecom operator in the nation, in April this year to digitize 60 million mom and pop stores in the country.

Reliance Jio Platforms, a four-year-old subsidiary of India’s most valued firm Reliance Industries, has raised more than $17 billion since the second half of April from 12 high-profile investors.

During his visit to India early this year, Amazon founder and chief executive Jeff Bezos said the e-commerce giant was ploughing an additional $1 billion in India, totaling the company’s to-date commitment to $6.5 billion.

Google’s announcement today also comes at a time when India appears to be shutting its door for Chinese firms. New Delhi last month banned 59 apps and services developed by Chinese companies. Among those that have been banned include ByteDance’s TikTok, Alibaba Group’s UC Browser, and Tencent’s WeChat. Some industry players believe that this ban would help American tech giants further expand their tentacles across India as they face less competition.
In April this year, Prime Minister Narendra Modi’s government also amended its foreign direct investment policy to require all neighboring nations including China with which it shares a boundary to seek approval from New Delhi for their future deals in the country.

For dozens of Indian unicorn startups in India including unicorns Zomato, Swiggy, and Paytm that count Chinese investors as some of their biggest backers, New Delhi’s move is likely to result in additional difficulties in raising future capital.

Gaining a foothold in India has also become more crucial for American technology giants that have been largely shut from doing business in China. Earlier this month, Google said it had abandoned plans to offer a new cloud service in the world’s largest internet market.
Ravi Shankar Prasad, India’s electronics and information technology minister, said that Google was “rising to the occasion by trying to invest a fairly substantial amount in India’s digital transformation. “I’m very happy that Google is recognizing India’s digital innovation and the need to create further opportunity,” he said. 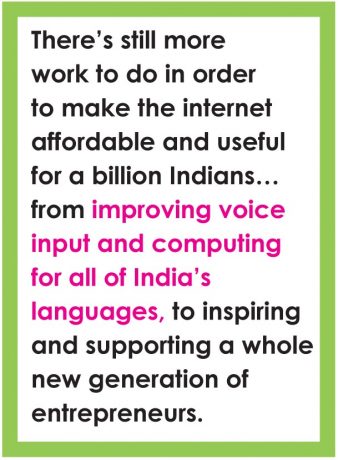 Google has backed a handful of startups in India to date, including Bangalore-headquartered hyperlocal delivery service Dunzo. In May, Financial Times reported that Google was in talks with Vodafone Idea, the second-biggest telecom operator in India, to acquire a 5% stake in the company.

Sanjay Gupta, the head of Google in India, said the company’s new $10 billion commitment to India today would shape the future of many of its products and services in the country. “We are recommitting ourselves to partner deeply and support India in becoming a truly digital nation,” he said.
The global pandemic has supercharged the adoption of digital tools. Digital payments, for example, have enabled families across India to access goods and services during lockdowns,” he said.

“There’s no question we are facing a difficult moment today, in India and around the world. The dual challenges to our health and to our economies have forced us to rethink how we work and how we live. But times of challenge can lead to incredible moments of innovation. Our goal is to ensure India not only benefits from the next wave of innovation but leads it. Working together we can ensure that our best days are still ahead.”

Earlier in the day, Prime Minister Narendra Modi tweeted about his discussion with Mr. Pichai.
This morning, had an extremely fruitful interaction with Sundar Pichai. We spoke on a wide range of subjects, particularly leveraging the power of technology to transform the lives of India’s farmers, youngsters and entrepreneurs,” the Prime Minister wrote on Twitter.

This is a significant move in the middle of the pandemic, which speaks of India’s openness and attractiveness as an investment destination, said sources in the government.

Vision Digital India has launched a course that aims to bring digital education to 1 million students in the upcoming 4-5 years. This course will equip the youth with digital and analytical skills, which are much sought-after by the corporate sector.

Many bright young minds today do not get to live their dreams of making it big in the corporate world, simply because there exists an immense divide between the education that has been imparted to them and industry requirements. The core problem is that the industry is upgrading itself at such a breakneck speed that most educational institutions cannot keep up. That is why the courses they offer are becoming dated and obsolete, and students armed with such degrees find themselves to be inadequately trained to make the cut in a highly competitive industry.

To turn aspirations into reality, Vision Digital India has incorporated niche technology into its course structure to make it industry-relevant. Employers don’t just look into a candidate’s scorecard but what truly works in a student’s favor is how quickly he/she can be inducted into the workforce. And, this calls students for acquiring a better understanding of new and advanced technological concepts like data science, cloud and analytics, forming the backbone of an industry.

What sets the course apart is the fact that Vision Digital India is bringing to the table top-notch education at extremely affordable prices. What adds to its USP is that it has joined hands with the likes of Google, IBM, and Amazon, to rope in their technical know-how. For example, the analytics certificate comes from IBM and Google certifies the Digital Marketing course.

Moreover, Vision Digital India has secured the help of industry professionals who know the real world, how it works, the latest updates and requirements, and what employers expect from employees. Who is better to instruct and train students than those men and women who have been working in the corporate world?

But, how does it go about it? Vision Digital India approaches colleges to implement its course. As per university regulations, the duration of the course is set at 80 hours. The bulk of it, around 60% is dedicated to hands-on training and the remaining 40% is all about theories.