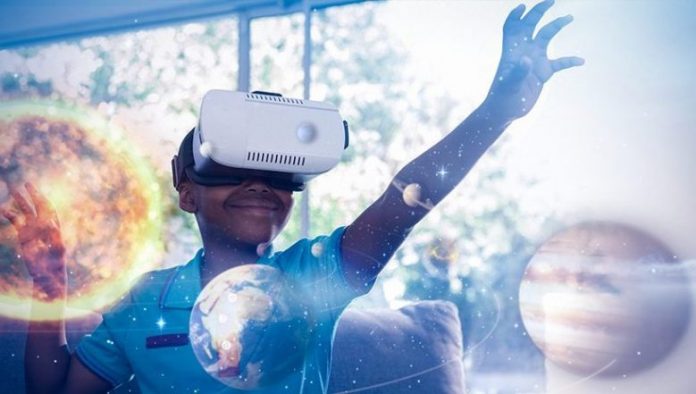 New age skills within the post-pandemic era are the roadway to the globe that exists somewhere between boundaries and limitations. This may be called the vision of immersion. With the advancement of technologies, AR/VR technologies are actively developing within the imaginations, the globe that’s emerging beyond the physical and improving, and specialists in this area are becoming more and more in demand in the market. As technology advances, new career opportunities open all the time. The number of jobs for developers who specialize in creating immersive digital experiences will likely skyrocket in the coming years.

As per Statista, technologies like AR and VR will boost GDP worldwide by 450.5 billion US dollars by 2030, and over 23 million jobs will be created by 2030 to cater to the AR/VR and related fields. Some of the most popular areas where AR and VR are currently in the application include Gaming & Entertainment, Education, Healthcare, Retail, Aviation, and Defence, just to name a few.

What do AR/VR developers do?

Augmented Reality (AR) developers enhanceuser experiences by overlaying digital information on top of the real world. The virtual reality designer develops virtual reality to simulate the user experiences and the complex object interactions or services with one another and with the user. The individual in this role is to workclosely with/ guide the various execution team, preproduction team, asset development team, technical team throughout the visualisation design and development process to ensure that the final product will accomplish the object of the project. AR/VR developers are responsible for putting the plan into action, which may include designing AR assets, along with providing support and ongoing maintenance for the user during project life cycle.

India has been witnessing high growth in the AR/VR market which is expected to grow fivefold by 2030 from the existing stock of 35 million units. On its way forward, the MESC – Media & Entertainment Skills Council, which is an apex body for skill development and certification in the M&E sector has developed ‘Qualification Packs in AR/VR developers’ with a Pan-India training ecosystem. The council has aligned its skilling capability to the industry requirements and is making an all-out effort in ensuring the industry requirements for skilled and certified AR/VR with relevant technical capabilities, thus giving a boost to the growth of the sector along with creating employment opportunities for the youth of the country.

MESC has over 250+ training partners (TPs) having over 933+ certified trainers across the country. They are very well-equipped to undertake skill development across various job roles in all the segments of M&E sector. The council has 100 Qualification Packs (QPs) across 12 sub-sectors.

Why a great future in AR/VR?

With an oversized market to tap into, providing AR/VR experiences will be competitive near many industries. The improving technology also stands to permit greater efficiency within the workplace. Such as you to require a glance at a number of the augmented reality trends driving innovation in 2022 & coming years:

Mobile augmented reality has many advantages that make it the middle of the technology’s attention. Countless users already own an AR-capable smartphone, so there’s no need for them to travel out of their homes thanks to getting a chic headset. Mobile devices, by their nature, are very portable and simple to bring into nearly any space.

AR/VR navigation has become more fluid and achievable than ever before. Most significantly, the increase of technologies like Bluetooth Low Energy (BLE) antennas, Wi-Fi RTT and ultra-wideband (UWB) make indoor navigation way more viable than in earlier years. One among the foremost useful applications of Augmented Reality is for displaying AR directions in large indoor locations like distribution centers, shopping malls, and airports.

Augmented reality can greatly improve user experiences with assistance and learning. Consistent with studies, in 2020 nearly 55% of workers within the country are working full time, working from home. With video conferencing being the lifeblood of telework, various problems emerge. AR can allow IT technicians to relinquish guidance to users with 3D on-screen directions. Because the user holds their smartphone camera up to their computer in need of service, the IT technician can draw over the screen to direct the customer to certain points of interest.

AR in education simplifies the perception of data and leverages technology to enable teachers to demonstrate virtual examples and gamify the educational process. This increases student engagement and races the method of mastering the materials. AR/VR based apps may also give students access to unique learning environments that are difficult or perhaps dangerous to experience in reality without proper preparation.In addition to classroom teaching, AR may be employed in employee training.

What does it take to become an AR/VR developer?

The field is still young, but it’s growing steadily. It requires a combination of artistic creativity, engineering expertise, and business savvy knowledge. Here are the steps to take to start your career as an AR/VR developer.

What’s the career path for getting into AR/VR development?

Future of  AR/VR Industry:
With the AR/VR industry continuing to climb in value, augmented reality’s potential can’t be denied. Importantly, it’s clear that AR’s influence extends far beyond just gaming. It now extends to several different industries as demonstrated by the subsequent chart: Although gaming still has the best share of industry revenue and can remain a relevant driver of AR, practical uses like in healthcare, engineering, and sales will still gain traction.

Build Your Career as a Drone Service Technician

Tesla may run on Indian roads in 2020: Elon Musk addresses...

Industrial Visit of RCPSDC officials to Rubber and Plastic Industry