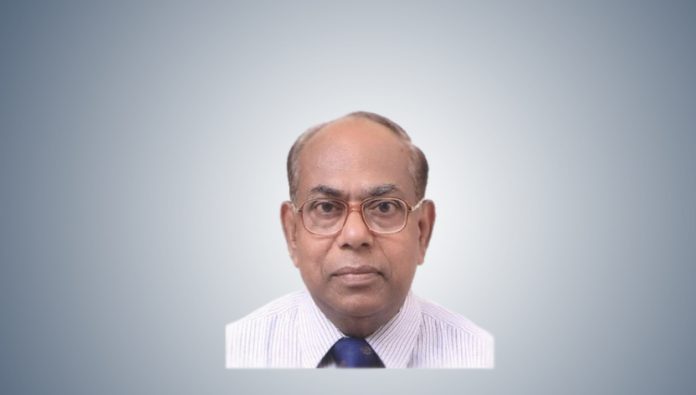 Those days Odisha was a village dominated State. It was rich with forestry and agriculture. Villages were self–sufficient in meeting peoples’ day to day necessities. A cohesive lifestyle was seen all over the state. People were highly contented and happy and therefore no one was interested to move out of the village for a better prospect.

That time Zamindari paratha (system) was prevailing. It facilitated Mughal Raj to administer states far away from Delhi. Zamindars, therefore, were the link between King and Praja (people) for the collection of tax and looking after their welfare. Only carefully selected persons were given Zamindari to administer designated sectors.

Most Zamindars (landlords) were people-oriented and could look after the interest of their Praja and helped them during difficult times. But certain Zamindars were disliked because of their inhuman behaviour. People were harassed and painfully suffered under their regime.

Chandra Bhanu was chosen as Zamindar of Jagannathpur with the title of Mahapatra. He visited the area with a group of people and selected a high-raised place for the construction of his Niwaas (residence). He first set up two villages by bringing people from Khurdha district and employed them to construct his residence. An attractive and massive wooden complex was built by using expensive timber. The wooden roofs were decorated with intricate and beautiful carvings.

The entire complex was divided into three inter-connected khanjas. (khanja– a unique design of four to five rooms around a courtyard.) The inner khanja was for his family members. The middle one was for guests and other purposes. And the outer one was his Chaupadhi (big central hall) for people to assemble on special occasions. Adjacent to that, there were two more rooms, one for the purpose of private meetings and the other was a special place for storage of grains. A very spacious open space (danda) in front of the main entrance was for multipurpose activities. That was the place for Praja to meet the Zamindar and to express their needs as well as difficulties.

He then set up two more villages by rehabilitating people from different trades for making his jurisdiction self-sustained. Subsequently, a small village grew around his residence named Bagada to house his close relatives.

Being a nature lover, he took a keen interest in tree plantation. As a result, many fruit orchards developed with different varieties of fruit-bearing trees. His main thrust was on agriculture followed by trade works to make villagers self-dependent.

Next to his Niwaas, he constructed a Temple with idols of Balabhadra, Subhadra and Jagannath. This facilitated people to perform their religious rituals/festivals. People were pleased to have a comfortable time during his Zamindari. 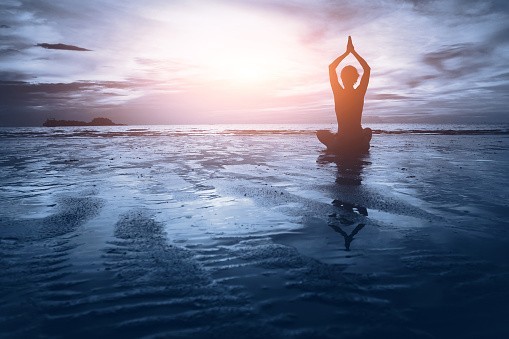 He had married to Sagarmani, a kind-hearted lady highly concerned with the welfare of Praja. Ladies were free to meet her to express their problems/grievances, and she could help them without any hesitation. Both husband and wife were highly popular and loved by one and all.

He had two sons, JagaMohan and Chandra Mohan. After Chandra Bhanu, Jaga Mohan, the eldest son became the Zamindar with the title Mahapatra. The younger brother Chandra Mohan felt dejected and was looking for an opportunity to get the endorsement of the Mughal Empire to become a Zamindar. One day he succeeded in getting Zamindari with title Choudhary. Both brothers being Zamindars, became rivals to each other for establishing their supremacy. As time passed, their hostility got deepened, and finally, they detached their family affiliation.

Jaga Mohan also was the Dewan of Maharaja of Narasinghpurfor a short duration. During this period he was able to build up wealth and expanded his landed property.

His marriage was performed withSunamani, a soft-spoken and very affectionate lady. Both of them were leading a blissful life. Though he was longing for a son as his successor, but in the process, became the father of three daughters. They decided to adopt a newly born baby of their very close relative as their son. The Namakarana ceremony was conducted in a grand way and the boy was named BamanCharan. The boy grew happily in the family under abundant love and affection.

When the boy was 16 years old his father Jaga Mohan died of a heart attack. He was too young to handle the vast Zamindari. Although he was aspiring to become a doctor to serve people, his circumstances did not let him fulfil his noble desire.

The close relatives of Jaga Mohan ganged up to stop BamanCharan to become the Uttaraadhikaaree (successor) of the Zamindari. They dragged him into a prolonged legal battle.

At the age of 16 to fight court cases was extremely difficult for him. But he bravely accepted the challenge to uphold the reputation of his father as well as his Zamindari. The opponents filed cases in different courts to harass/demoralize him. In spite of harassment, he kept on fighting cases at different courts. No one was alongside him except his strong will power and profusedevotion and faith in his temple deities, Balabhadra, Subhadra and Jagannath.

After a long fight in various courts for 10 years, the last argument was scheduled in Jaipur court for the concluding judgement. Two days before the due date of the court hearing, he went to Jajpur town for signing obligatory documents. He had to stay in a hotel. Those days, hotels were not having proper facilities to offer needed comfort.

All these days, he had many sleepless nights being apprehensive about the final judgement of the court. But his imbibed faith on the Almighty always inspired hope in him.

It was raining heavily the second night he was there. Next morning was the day for the judgement. While recollecting the tough journey he had travelled so far, he felt exhausted and fell in deep sleep. The rain was lashing outside. The flickering light of the lantern went off and the room was immersed in darkness.

He woke up when someone tried to force open the door. He jumped out of the bed but could not see anything in the dark. Suddenly, his room was flooded with bright moonlight and the fragrance of champak flower-filled the air. A figure of a beautiful lady wearing a yellow sari with a broad red border appeared in front of him. Her divine face was articulating deep affection and love for her son in distress.ThoughBamanCharanwas frightened, but he could gather enough strength to stand in front of the deity with folded hands.

The Divine Mother smiled and spoke in her loving voice, “My dear son, do not worry. The court decision will be in your favour. Remember this mantra I am giving to you and repeat in your mind throughout the court proceedings.” After chanting the mantra she vanished.

BamanCharan was in a state of disbelief and unable to comprehend if it was real or just a dream. The mantra was fresh in his mind and he quickly noted it in his diary. The rain had stopped. The morning light was peeping through the window. He hurriedly completed his daily routine and sat down in prayer and recited the mantra again and again.

When he reached the court premises, the opponents were highly jubilant in anticipation of their victory. In the courtroom, BamanCharanselected a place on the last bench and silently repeated the mantra. The court hearing continued for hours in the first half. In the second half, the honourable Judge announced the verdict in favour of BamanCharan as the successor of Jaga Mohan and to hold the title Mahapatra. He was highly grateful to the Divine Mother who came in the previous night to bless him.

The next day, after returning to his village, he called the family pandits and villagers and narrated what happened in the hotel room. Nobody could identify the mantra except one old pandit who could recognize that as the core mantra of Maa Subhadra. Tears of devotion rolled down from the eyes of BamanCharan in reverence to Maa Subhadra.

Next evening a grand puja was organised in the temple. People from nearby villages and pandits were invited to attend the special puja followed by delicious Prasada.

As this puja came to an end, Mahapatra, once again narrated the incident and with folded hands, he offered his deep gratitude to Maa Subhadra for her Divine Blessing.

God is omnipresent to extend helping hand whenever we are in distress. But we have to struggle continuously to overcome our difficulties by dedicating our complete faith on Him and using the divine strength equally distributed to all of us.

The Future Strategy for Business Education in India: Deepak Jhangiani

Solar Eclipse 2020 LIVE Updates: Clear pictures of the Sun seen in parts of...