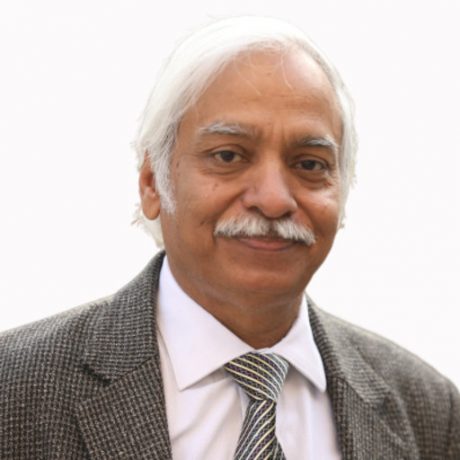 A majority of higher education institutes in India are either sub-standard or of inferior quality, believes Prof. Rakesh Mohan Joshi, Director of Bengaluru’s Indian Institute of Plantation Management (IIPM). He tells Education Post’s Tanay Kumar that he is hoping the New Education Policy (NEP) will improve the quality of education in the country and a lot more foreign students come to India to study instead of the other way around.

You completed your graduation and postgraduation in Dairy Technologies, and then chose to do your MBA in Marketing. What was the reason behind this move?

Then, 11 years after completing your MBA in Marketing in 1986, you pursued another MBA in International Trade at the Indian Institute of Foreign Trade (IIFT).

Moreover, if India is unable to produce quality products that have global appeal, sooner or later, quality foreign products will capture the market. Take for example education in India. If public universities don’t deliver quality education, private universities will be more sought after, and if even they fail, students will opt for foreign universities.

In 1995, India signed the World Trade Agreement, which later came to fruition as the World Trade Organization (WTO) with an eye on globalization. That’s when I became certain that I would pursue an MBA in International Trade.

How is the Indian dairy industry doing and what do you see for its future?

I work very closely with the dairy industry. Last year, I worked with the World Bank on a project by the National Dairy Board (NDB), which was centred on India’s roadmap for dairy exports till 2030.

India’s dairy industry is doing extremely well. As of now, India produces 23% of the world’s milk, with an annual production 210 million metric tons. India has already overtaken the US in dairy production and will soon overtake the European Union as well. I am very optimistic about the industry’s future here in India.

What’s the reason behind this industry’s success?

In India, you’ll find several households that own one or, maybe, two cows or buffaloes. Now compare that with private farms in Australia or New Zealand, where people into dairy farming own anywhere between 20 to 400 cows/buffaloes. So, India’s dairy production capability was underestimated.

But India has what the West does not—a non-violent reverence towards cattle, particularly cows, that has lasted centuries. While the Europeans began domesticating cows about 500 years back, we have had cows and buffaloes as pets in India for over 3,000 years.

You have conducted training programs and research in almost every part of the world. How different are the research patterns and facilities in those countries as opposed to India?

The research ecosystem in the West is something India can learn from. How many quality entrepreneurs does the IIM (Indian Institute of Management) produce? Not many. Quality in the education system is very crucial. To a large extent, India has become complacent with its sub-standard quality of education.

More than 60% of our colleges are either sub-standard or of inferior quality. And it is of paramount importance than the powers that be address this issue. People who have completed their PhDs are applying for jobs as peons. What kind of research do these scholars undertake that they are forced to take up jobs that a 10th or 12th pass could get?

We see a lot of Indian students going abroad for higher education, but not many foreigners come to study at Indian universities. And I hope the New Education Policy (NEP) 2020 is able to change that in the near future.

It is absolutely transformational in nature. The multidisciplinary approach of the policy is particularly progressive. I remember during my graduation days, I really wanted to study Sanskrit literature alongside my chosen course, but there was no such provision back then. Now, a student can do multiple courses in entirely different fields of study simultaneously, which is great.

You were involved in developing the Educational Framework for Global Citizenship in Higher Educational Institutions in India. Please tell us in brief about this initiative?

The framework says that a country needs to create a kind of inclusive education system that is ready to integrate and collaborate on global issues.

What is the e-learning course in International Trade in Agriculture and Food Products about?

Simply put, the course provides holistic knowledge of the agriculture industry in South and Southeast Asia.

The best saffron grows in Iran and the best dry fruits grow in Afghanistan. Indonesia and Malaysia stand for 40% production of palm oil production in the world. India is the world’s largest importer of palm oil. Now, India has also upped its game in rice exports, but Thailand has traditionally been one of the largest exporters of rice. India is one of the largest banana producers in the world, but the country figures nowhere in the list of top banana exporters. India is also in a trade deficit with fruits and with vegetables.

If we really want to be a self-reliant (atma[-nirbhar) country, we will first need to become agriculturally self-reliant. India has every imaginable weather that’s suitable to produce a multitude of things, yet we are still importing things like rubber and bamboo. The temperature in the country ranges between over 40 degrees to 40 degrees Celsius, and still, we are dependent on other countries for agricultural imports.

As a professor, my only objective is to impart knowledge in a holistic and complete way to students and stakeholders of the agriculture industry and this course is all about how international trade in agriculture and agro-products can be improved.

IIPM regularly conducts some training and skill development workshops. What are the other strategies for growth that the institution is implementing?

This institute has got tremendous potential. We focus on the export of plantations and agro products. We work very closely on identifying the value chain from production to marketing. IIPM works on plantation forestry as well as a variety of industries ranging from paper to herbal care. IIPM is the only institute that works on horticulture plantation and thankfully, the central and all the state governments have recognised the importance of our institute.

IIPM is constantly working with state governments on several research projects. We keep conducting training programs for horticulture and agriculture officials. IIPM leaves no stone unturned when it comes to taking research to the grassroot level and we are optimistic about transforming plantation and agriculture in the country.

Any suggestions for the current generation of students and research scholars?

One must have a balanced attitude. And trust me, only students can help themselves. They need to know that they have to understand what they are reading. As the Shrimad Bhagavad Gita says, you should never degrade yourself by your own deeds and you yourself are both your best friend and an enemy.

Only Futuristic Education Can Fill Cracks With the Industry – Dr. Amik Garg

How to fix driver errors on Windows 10 or Windows 11