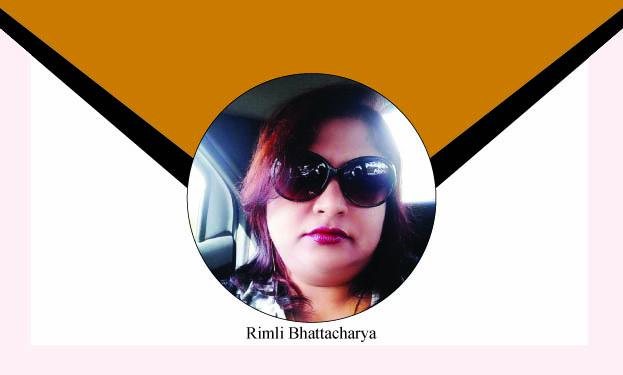 The other day I was enjoying a commercial as it resonated very much with me. And am sure several others of my gender will find it relatable. But of course, I am talking of recent times. We have forged ahead past our ancient days with feminism now taking an upper hand and we are gradually focusing on brand advertisements irrespective of gender.

Advertisement and brand communication today is like the replication of a scene from a typical arranged marriage set-up. The groom is ostensibly working in the US and his mother is desperate to get a bride. Her poor (pun intended) son is missing on home-cooked food and has to go out even for a cup of coffee. The potential bride who was shyly listening to the conversation gets the Havells coffee maker from the kitchen saying – I am not a kitchen appliance.Such an advert definitely is a big letdown to our misogynistic patriarchal society with a parochial mentally as it overturns the typical Indian housewife stereotype.

Media and its ubiquitous presence be it in print, television, internet commercials or OOH plays a major role in endorsing women for particular brands. For example adverts of cosmetics, jewelry, fairness products are mostly women oriented and generic products like automobiles, electronic appliances focuses heavily on men despite the fact that women consumers for these men-targeted (ahem, it’s all in the mind) products are huge.

Brands like Bournvita, Axis Bank, Titan Raga have already started shedding the conventional role of women in their advertisements. These brands have come up with a unique idea that women are intrepid and are not bothered about their looks, whether she is 18 or 80. These brands are rooting for women who can equally handle household chores as well as handle a boardroom discussion with her colleagues. We can clearly discern the green shoots of left-winger divulgence on women getting truly sprouted. The women avatars where she would wash to whitest, found the handkerchief or necktie the fastest are getting dumped. And I must admit this is how brands should be promoting.

Certain brands still feature women as slim, fair, batting eyelids, well-educated, settled in a desk job, and in a nut-shell, resemble a typical matrimonial communication. However, times have changed and what has also changed is the constant need to seek affirmations from husbands, mothers-in-law and office bosses who are predominantly male. Gone are those days where we found wives running around her husband with a cup of coffee which was certainly meant to endorse that brand of coffee or a mother getting a clean pair of socks for her child which obviously was to endorse the brand of socks or washing powder. Don’t get me wrong please. I am not here to prove that a man is flawed and the woman is a super powerhouse. I simply mean that we need to get rid of the double standard images of men and women during promotion of a brand advertisement. I reiterate the need to create commercials with a feminist approach, i.e. the advert should be irrespective of gender bias. No need to make one sex look good and the other appear reticent or ill-equipped to do a certain chore. A man can be a model for a commercial on fairness creams, socks, and even washing powders just the same way. For instance, Akshay Kumar is seen advertising for sanitary napkins which are used during periods by a woman and that is laudable.

There are some interesting observations. While we see advertisement on male condoms why are we unable to do a similar one with a similar treatment for a female condom? If a poll is conducted it will not be surprising to infer that a certain percentage of females are unaware of female condoms. The next breed of hilarious treatment of commercials is observed during sale of an automobile brand where a car is always projected as a man’s domain whereas buying of a water purifier has invariably a wife dominated copy. With due respect to the marketing honchos making these commercials, please understand a man buys a car only after discussing with his better half, her choice of color, her preference of driving that particular brand so it should actually be a woman buying a car from another sales woman. Similarly water purifiers talk of health and hygiene and men are decision-makers on it so why not sell that water purifier to a man, and in this case the seller can be both men and women. There is no need to show an office-goer in western clothing, she can wear whatever she wishes. Do not limit brands which endorse females in tight miniskirts and cleavage revealing clothes.You can make a man wear a decent professional suit and promote your brand. And not all women like pink… for instance, I am a woman and I love red and black. I will never go for pink dresses. Do not limit selling kitchen appliances to women. Men are equally adept in cooking as we all know of Chef Sanjeev Kapoor so nothing wrong in selling a man a mixer, tea cups, saucers, and spoons and the list is endless. And in this case also the seller can be of any gender and not necessarily be a female sales executive.

To be precise the mentality of the marketers needs to be changed. Stop limiting sales of a beauty product only to a woman. Stop marketing to a gender because women are enjoying diversity so please acknowledge the same. So make no gender discrimination while endorsing women for particular brands. She can buy/sell an automobile product, she can walk inside a boardroom draped in a graceful cotton sari where marketers can promote the sari brand, she can buy and sell furniture, she is at liberty to buy and sell electronic gadgets and a whole host of products. The list can be really long and exhaustive.

In closure I say women exist beyond 8th of March. No need to be a woman crusader, instead make her the brand promoter.

Why are VR headsets said to be failed technology, when it comes to wooing...