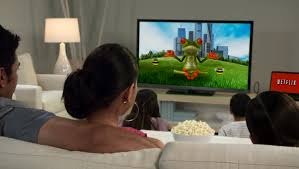 When 11-year-old Pallavi (name changed on request) was gifted a smartphone on her birthday in April this year, a big smile greeted her parents who decided to bid goodbye to the TV set three years ago hoping their daughter would spend more time with some creative stuff around.

With high-speed Wi-Fi, she got access to a digital world on the smartphone into which her peer group had already taken a deep dive.

Part of an upscale society in Noida, everything was OK initially as Pallavi had exposure to YouTube videos and some downloaded games amid requests to have an Instagram account that was politely denied by her parents till she turns 13.

One day, out of curiosity, Pallavi’s mother went through her smartphone as she was away to school. To her shock, there were short videos made on Chinese apps like Likee by Pallavi and her friends during visits to one another’s house – some even made in the society’s parking basement.

The “suggestive” videos with explicit hand gestures amid dance steps were enough to make Pallavi’s mother realize the mistake she had made.

“With TV in the living room, we had control over the content. She normally saw movies which we also watched together. Even Internet TV on a big screen can be monitored but the smartphone has really been a bad choice,” Pallavi’s mother, who has now taken the smartphone away and bought a new TV set, told IANS.

According to behavioral experts, if you are one of those parents who has handed over a smartphone or a tablet to your kids to keep them entertained, convince your kids to watch the old idiot box instead.

“Though there are a number of educational apps and games which children can play on smartphones, it is not always easy to monitor your child’s smartphone usage,” said Meenal Arora, Founder Director, Shemford Group of Futuristic Schools, Delhi. In smartphones there is an option of deleting the history or going incognito, thus making it difficult for parents to know what their child was doing on the smartphone for the last hour or so.

According to Arora who is also a parenting expert, television is a comparatively safer option than smartphones.

A new report from mobile app intelligence firm Sensor Tower found that out of the 18.8 crore new users that the Chinese short video-sharing app TikTok added globally in the first quarter of 2019, 8.86 crore were from India.

“Children don’t understand how using an excess of social media and the Internet and playing video games like PUBG can harmfully affect their eyesight, social habits and can lead to insomnia, laziness or even lack of concentration and anxiety,” says Mrinmay Kumar Das, Senior Consultant at Jaypee Hospital in Noida.

Kids who get a hang of such short-video making apps not only get hooked to them instantly but also face the risk of being exposed to or involved in dangerous and sexually explicit content that could make them victims of cyber crimes.

According to Pallavi Joshi, Clinical Psychologist at Sri Balaji Action Medical Institute in Delhi, video games like PUBG and social media apps like TikTok, Likee, Vigo Video and others can be intellectually harmful to kids and can invoke violent tendencies inside their developing minds.

Experts suggest that children should have limitations while using all sorts of apps.

“They get so mentally involved in these games and social media apps that after a point, they lose self-control and undergo a change in behaviour, which can ultimately bring a negative impact on their personalities as a whole,” says Neha Dutt, Psychologist at Dharamshila Narayana Superspeciality Hospital.

This is not to say that unlimited TV sessions are good for children. Parents must remember that children need to sit less and play more to grow up healthy and put reasonable limits on screen time, including TV sessions.

The World Health Organization recommends that sedentary screen time should be no more than one hour for children between ages 1 and 5.

But when it comes to a choice between smartphone and TV, the age-old habit of watching TV together could serve children better than closed-door smartphone viewing.