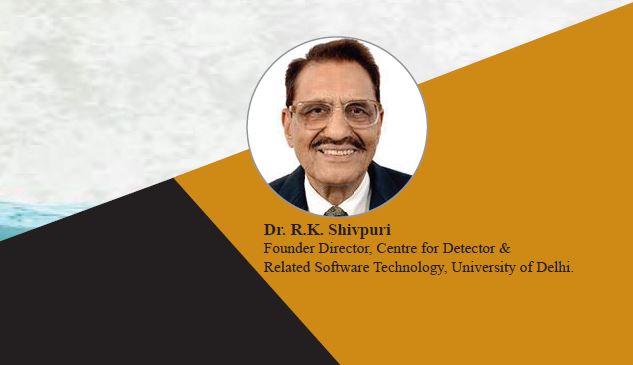 Water is a basic necessity for survival… one of the reasons why Earth is the only planet in the solar system that supports life. Life cannot function without water which makes-up almost 70% of the planet. With this amount of water, it is inconceivable that there is a looming water crisis on earth. Let us first discuss the reasons for the crisis.

World Resource Institute has concluded that India is facing the worst water crisis in its history. More than 600 million people are facing acute water shortages. Critical groundwater resources – which account for 40% of our water supply – are being depleted at unsustainable rates.

According to the Composite Water Management Index (CWMI) released by the NITI Aayog in 2018, 21 major cities (Delhi, Bengaluru, Chennai, Hyderabad and others) will reach zero groundwater levels by 2020, affecting access for 100 million people. The other implications of water scarcity are: 21% of the country’s diseases are water-related and over 329, 000 children under five died due to diarrhea in India in 2015. Further, the total area to be brought under the micro-irrigation (drip and sprinkler) in India is 42.2 million hectares of land, however only 3.9 million hectares of land or 9.2% of the potential is currently under micro-irrigation. Our farmers are highly dependent on rain(~53% of agriculture in India is rainfed). Since droughts are becoming more frequent, this creates stressful conditions for farmers.  When water is available, it is likely to be contaminated (up to 70% of our water supply), resulting in nearly 200,000 deaths each year.

India is suffering from the worst water crisis in its history and millions of lives and livelihoods are under threat. The crisis is only going to get worse. By 2030, the country’s water demand is projected to be twice the available supply, (shown in Fig.1) implying severe water scarcity for hundreds of millions of people and an eventual ~6% loss in the country’s GDP.

As per the report of National Commission for Integrated Water Resource Development of MoWR, the water requirement by 2050 in high use scenario is likely to be a milder 1,180 Billion Cubic Meters (BCM), whereas the present-day availability is 695 BCM. The total availability of water possible in country is still lower than this projected demand, at 1,137 BCM.

Water conservation – We lose considerable amount of water due to wastage which happens when water is transmitted through pipes which leak due to wear and tear, non-maintenance of the water carrying pipes, rusted taps which again leak even when tap is closed etc.

Water Management – The most important constituents of water management are water conservation and efficiency. Hence it is of utmost importance to improve water infrastructure. Inadequate management of water resources for agriculture, industry or domestic use, leads to considerable waterwastage.We need clean technology for water efficiency. Solar desalination (discussed later) and smart irrigation systems are great examples of clean technology for water efficiency. This holds true for the agriculture and farming sector – the largest consumer of water.

Pollution of water – Water gets polluted due to industrial discharge and also due to unsafe sanitation. Such water is the carrier of diseases and unsafe for human consumption.Hence, maintaining the quality of water by proper filtration and chemical processes is essential. This demands a continuous monitoring of the water quality. It is most important to improve the sewage system particularly in rural areas. Water Pollution degrades the water quality which contributes to water shortage.Pollution is the main threat to the availability and reuse of water. Fertilizers and pesticides, soil depletion and poor waste disposal conditions are detrimental to freshwater sources.

Climate Change– Climate change is causing the Glaciers to  melt  in some areas, affecting the freshwater supplies. Due to global warming, there are more and more droughts, floods and heat waves. Climate change is therefore worsening the water crisis, especially in regions that are already under water stress.

Education – People have to be made aware of the water crisis and to understand their responsibilities, they need to be educated. All forms of water consumption have to be reformed (discussed in the next section). This is as much true of individuals as it is true for large companies.

Groundwater resource – Groundwater supplies 90 percent of rural India’s drinking water and 75 percent of agriculture is groundwater based. In urban India, 50 percent of the water supply is groundwater based. Groundwater is a common pool resource; interestingly, this common-pool resource is almost invisible.When we recharge, it is not the wells that get recharged but aquifers. An aquifer is a body of porous rock or sediment saturated with groundwater. Groundwater enters an aquifer as precipitation seeps through the soil. It can move through the aquifer and resurface through springs and wells. So it is not the wells that are the resource but the aquifers. The challenge is to identify an aquifer from where water can be extracted.

Another solution is to change our consumption of meat which should be reduced. All kinds of agricultural products including meat which need a lot of water need to be reduced.  We will have to find substitutes for animal protein.

According to Solar Impulse Foundation, several solutions to water scarcity are as under:

Artificial Intelligence (AI) to reduce waterlosses –‘Big Data’ and Artificial Intelligence (AI) is combined to improve profitability, sustainability and efficiency in Water Distribution Networks and ultimately change the way networks are designed and managed. AI aims to address this global problem with a scalable and affordable solution for water utilities that can reduce and prevent water loss. Its technology is positioned at the intersection between the Smart Water Management market (SWM) and the Big Data Analytics market. SWM includes devices, technologies and services to procure a smarter and more efficient water management.

Nozzle Pro – Dual flow atomizer –Nozzle Pro atomizes the flow of water in a water faucet. Only 2% of the regular flow of water is used which can be used to wash hands, do dishes, wash greens, etc.

Two modes are available: spray and mist mode. Spray mode is used when we require higher flow of water i.e. filling a glass of water. However, this mode still saves 85% of water. Nozzle Pro is unique in this aspect, being the only nozzle in the market with a dual mode and small enough to fit into bathroom faucets. The nozzle can be easily installed in the majority of existing faucets. The installation is simple and takes 60 seconds to install.This leads to an awesome 98% savings in water flow.

The system consists of 40 feet container sized modules, mobile and easily deploy-able anywhere in the world. For it’s energy production it has about 96m² of Photovoltaic (solar) panels and 6 vertical wind turbines. A battery storage is also installed for backup power and optimized regulation of energy consumption with production. When equipped with desalination unit it delivers about 30 000L of drinking water each day in tropical areas from salt water.

It is a solution that combines the resource (sea water) and the source of energy (waves) in the same system to make drinking water. The choice of wave energy to produce drinking water is based on the principle that it uses a very dense energy (waves) to transform the resource (seawater) which is the same element thus enabling a very simple technology to do so. The up and down wave movement on the buoys is used to draw water from the sea and pump it through reverse osmosis membranes, the osmosis process extracts fresh and clean drinking water from the seawater. A small portion of the buoy’s pumping energy is used to pump water to the shore via an underwater pipe. The water is then redistributed locally by the user.