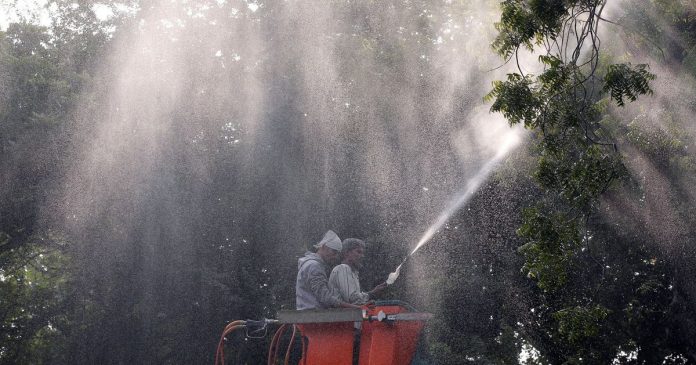 In Laxmi Nagar, Delhi Municipal Corporation resorted to sprinkling water in an attempt to reduce pollution, and this isn’t the first time.

In a video from Monday, the day after Diwali, an East Delhi Municipal Corporation vehicle can be seen sprinkling water as it moves along the roads of Laxmi Nagar. Early this month, the capital breathed its cleanest air in five years. But around October 10, air quality slipped back to the “poor” category.

After Diwali night, air quality in Delhi has deteriorated even further, but not quite as dramatically as it had in previous years.

However, the effect of sprinkling water on the streets to reduce pollution is doubtful at best and may just be a colossal waste of water.

A similar exercise had been attempted in November, 2017, when the National Green Tribunal ordered 75,000 litres of water to be sprinkled down in Delhi’s Income Tax Office area over the course of an hour. Unfortunately, data from the Central Pollution Control Board showed that the pollution levels went down only for five hours before spiking back up again.