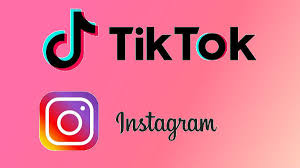 The wildly popular short video-sharing app TikTok is reportedly mulling to launch a host of new features that seem to have been inspired by Facebook-owned Instagram.

The features were discovered by reverse-engineering specialist Jane Manchun Wong who posted screengrabs of the features on Twitter.

The purported Instagram-inspired features include a grid-style layout, an account switcher and a Discover page, among others.

“We’re always experimenting with new ways to improve the app experience for our community,” the spokesperson was quoted as saying by the TechCrunch on Saturday.

The TikTok spokesperson, however, declined to offer further details about the company’s plans but confirmed the features were things the company is working on.

Earlier this week, speculation was rife that social networking giant Facebook was preparing the launch of a serious competitor to TikTok.

Owned by a Beijing-based start-up named ByteDance, TikTok saw its first-time installs grow about 28 percent year-over-year for the first half of 2019 to nearly 344 million globally despite a two-week ban in India during the second quarter (Q2), revealed an estimate by mobile app intelligence firm Sensor Tower.

Experts dwell on NEP provisions at a Seminar on Quality Assurance...