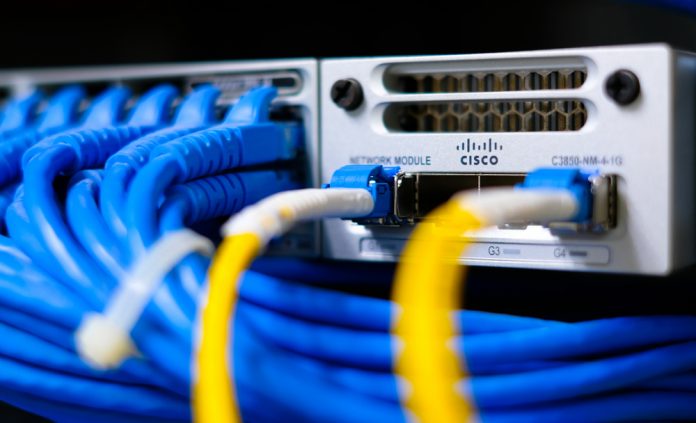 Despite the COVID-19 crisis and the Supreme Court upholding the right of citizens to free speech over the internet, the J&K administration and the Centre refuse to allow access at speeds faster than 2G.

The Jammu and Kashmir administration has opposed the plea raised by the Foundation of Media Professionals in its petition to the Supreme Court that in the light of the COVID-19 epidemic, the throttling of  internet speeds in Jammu and Kashmir is depriving people there of access to education, healthcare facilities and justice.

After banning the internet in Jammu and Kashmir for approximately six months beginning August 5, 2019, the Centre now allows access but with speeds much slower than what people in the rest of India enjoy. Mobile internet is restricted to 2G speed.

Under the constitution, every Indian has, or is supposed to have, freedom of speech and expression and the right to carry on any trade or business. In Anuradha Bhasin, the Supreme Court this January said:

“We declare that the freedom of speech and expression and the freedom to practice any profession or carry on any trade, business or occupation over the medium of internet enjoys constitutional protection under Article 19(1)(a) and Article 19(1)(g). The restriction upon such fundamental rights should be in consonance with the mandate under Article 19 (2) and (6) of the Constitution, inclusive of the test of proportionality.”

Yet, the Jammu and Kashmir administration – by which we really mean the Narendra Modi government operating through the Union Ministry of Home Affairs – has told the apex court in an affidavit that citizens do not have a fundamental right to access the internet for any purpose.

No doubt there will be arguments for or against the issue within the framework of the laws of the land and its constitution but the court made it clear in January that as far as it is concerned, the internet is only a medium of communication – the way newspapers, TV, books etc are – and that only reasonable restrictions as envisaged by Article 19 (2) and (6) may be placed on this freedom.

The court was being logical by insisting there cannot be two yardsticks for different mediums of communication. After all, what is the internet all about ? It is a platform to access information published on, or to use services provided by, websites that put out everything from news, information, music, educational lessons and commerce to games and even pornography. As a technology, it is somewhat like printing or canvas and paint. Printing technology itself is value neutral, but you can publish books on everything under the sun, and they can be religious texts, poems, novels, pornography, art, mathematics and so on. Paint and canvas can be used to create all kinds of artwork.

Can printing be banned, or as in this case, downgraded, say, to permit only the use of woodblocks, because printing presses can also be used to produce “subversive” literature? The moveable type printing introduced by Johannes Gutenberg in 1450 led to the spread of printing across Europe and the world.   Before Gutenberg, there were just about 30,000 books in all of Europe, but by 1500 there were anywhere between 10-20 million and by 1600, 150-200 million. These books created a torrent of ideas and knowledge that helped spread the Renaissance and led to the Reformation.

Many of the ideas were deemed subversive at the time, certainly when it came to enabling people to read religious texts themselves instead of them being mediated by a priestly class. Printing enabled the emergence of an intellectual class that was able to expand the horizons of knowledge. The European monarchs were helpless before this technology, but the Ottomans felt they were not: “In 1485, Sultan Bayezid II  issued a royal decree prohibiting the use of printed books. A similar decree was issued in 1515 by Sultan Selim I”.

Philosophically, that is about where the J&K administration seems to be pitching its claims: 4G can transmit ideas and views at an exponential scale compared to 2G, so it should be banned.

The reply of the administration, somewhat conveniently, seeks to tell the court that terrible things have been happening in the state and therefore there is need for such draconian action. It spoke of 41,866 people having been killed during the course of the insurgency in Jammu and Kashmir, including 14,000 civilians, 5292 security personnel and 22536 terrorists. The figures are probably an underestimate of the number of civilians killed, but that is not the issue.

The point is that since 2006 or so, there has been a sharp decline in the level of violence in the state. There was much more violence in J&K when the level of internet technology was 2G, and much more before that, when there was no internet and all communication was over land lines.

This is borne out by figures that are available in the South Asia Terrorism Portal. If there has been a bump since 2016, it has been because of the policies of the government which undertook ‘Operation All Out’ to kill all terrorists and militants, rather than focus on a balanced policy of making a political outreach that could have led to the end of the violence.

Thereafter, the government has egregiously deprived Jammu and Kashmir of statehood and autonomy under Article 370. Ironically, now there is talk of extending Article 371 like protections to the state.

So, the degrading of internet speeds is not motivated by security conditions in the state, because as we have said, the level of violence had already come down, and what was needed was a political outreach – but not of the kind that was eventually undertaken.

The J&K administration’s claim that social media is being used as an instrument of war is akin to the Catholic Church maintaining the Index Librorum Prohibitorum – an index containing thousands of book titles and blacklisted publications because they were viewed as being subversive to the Church.

Let us be clear: the J&K administration is not fighting terrorists through its ban on high-speed internet. What it is actually fighting are ideas. Because if they were fighting terrorists, an unrestricted internet is an ideal place to track subversive activities. Indian intelligence agencies have the means and the ability to track such traffic though they are oddly enough depriving themselves of invaluable intelligence by worrying about what the J& K administration calls “shadow handles” .

The only conclusion we can arrive at from this is that the purpose of the exercise of keeping the Internet at the 2G level is to punish the Kashmiri people and deprive them of the means to avail of the freedom of speech, expression the right to carry on any trade or occupation — as they have the right to do under the Constitution of India.

NAKED BENEATH THE MIDNIGHT SUN