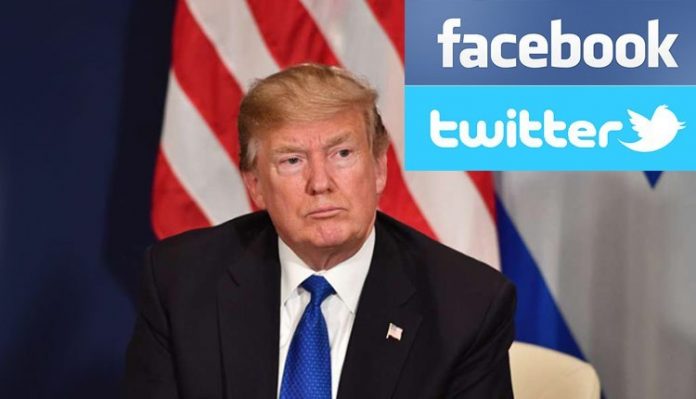 The White House has reportedly ditched Facebook and Twitter for it’s Social Media Summit slated to be organized on Thursday because President Donald Trump believes both the platforms censor conservative or Republican views, the media reported.

The summit is likely to address issues relevant to social media before the 2020 presidential elections, The Hill reported on Sunday, quoting CNN sources.

A Social Media Summit without any representation from the giants like Facebook and Twitter cannot be thought of but Trump has frequently blasted them for not respecting Republicans views on their platforms.

In his last meeting with Twitter CEO Jack Dorsey, Trump reportedly questioned the former specifically on why he was losing followers the microblogging platform.

The White House recently launched a new tool for people to report if they have been wrongly censored, banned or suspended on Facebook and Twitter.

The tool comes in the wake of several Republicans slamming Facebook and Twitter for censoring conservative speech on both the platforms.

A Twitter spokesperson responded to the tool: “We enforce the Twitter Rules impartially for all users, regardless of their background or political affiliation. We are constantly working to improve our systems and will continue to be transparent in our efforts.”

Led by Republican Senator Ted Cruz, who is the Chairman of the Senate Judiciary Committee’s panel that ripped apart Facebook and Twitter over concerns of bias against conservatives in April this year.

“They are closing down the opinions of many people on the right, while at the same time doing nothing to others,” he added.