ndustry 5.0 ushers the world to a new era of challenges and opportunities as the industrial processes and machines will be interconnected with humans in the loop. Industrial and consumer products will come not just with superior technology, design, and aesthetics but with in-built intelligence as well powered by Artificial Intelligence.

Technology is no more going to be for the industry. Mass transportation is no more mean cost-effective travel but shall meet the utmost requirements of speed, comfort, safety, and connectedness. Personal transportation shall no more mean driving yourself but driving driverless. The physically-challenged and the elderly will be enabled by Technology and become less reliant on people to support.

Technology has already impacted our lives in the nook and corner of the world. Banks, Businesses and Machines are driven by intelligence, internet and immeasurable quantity data. Automation and Artificial Intelligence have become imperative not just in industrial operations but also in making timely and correct business and financial decisions.

Indian heavy industries, especially the automotive industries, have employed industrial robots significantly with the result that cars today are quite affordable to the middle-class buyer. Nevertheless, the field of robotics is as huge as highly varied.

Despite the enormous potential in areas such as space, surgery and societal needs, the application arena of robotics is getting diversified at a comparatively slow pace. One possible reason could be because the Robot Technology is highly interdisciplinary, depending on the available talent and technological breakthroughs in multiple fields.

Robotics is also entering to a changing era

A robot is basically a computer-controlled mechanical system. A machine. The role of electronics is in sensor integration and controlling power delivery to the motors.

In a variety of modern applications, it is impossible to programme a robot in advance. For a large part, the robot has to learn itself and function as an intelligent, autonomous entity that will cohabit among other machines, systems and people. The programming is restricted to the hardware level and minimal logic related to acquiring and reacting to sensory inputs.

Let us consider the following:

The above systems exhibit high-speed motion, carry significant loads or both. All of these are examples of single- or multi-robotic systems that have to behave intelligently and not just “robotically”. Such applications cannot be realised purely from the point of view of dealing with robots as programmable mechanical systems. Any modern curriculum in Robotics must factor this interdisciplinary aspect. 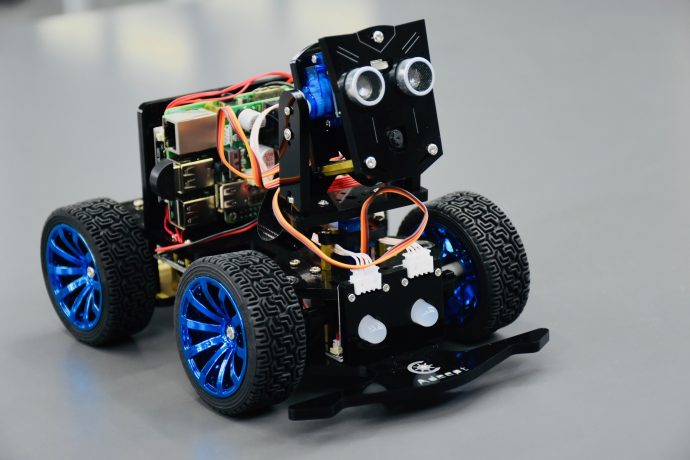 In the 80’s, Robotics was mostly part of Industrial Engineering departments in US universities as Robotics were considered an important part of industrial automation while researchers in other departments were working on theoretically involved topics such as Control Theory, Fuzzy Logic, Computer Vision and Neural Networks. A decade later, a quantum jump in theoretical and applied research outcome in Robotics emanated from Electrical Engineering and Computer Science Departments of the Universities.

The scenario in India was somewhat similar. For decades, in most Universities in India, too, Robotics had been offered as a single theoretical course in the Mechanical Engineering Department. In the recent past, only with approval from AICTE handful of universities have introduced exclusive B.Tech. Programs in areas such as Mechatronics or Robotics and Automation, one of the few being Woxsen University.

A close observation of the curricula gives an impression that the courses have significant bias towards Mechanical Engineering barring a few courses related to electronics and microcontrollers. Students, even at Master’s level, of these highly interdisciplinary courses apparently intended to remain in the comfort zone of their undergraduate studies. It might not an overstatement to say that the interconnect between these varied courses is largely missing. Woxsen University aims to fill up this gap through B.Tech. Programs in three cutting-edge disciplines. 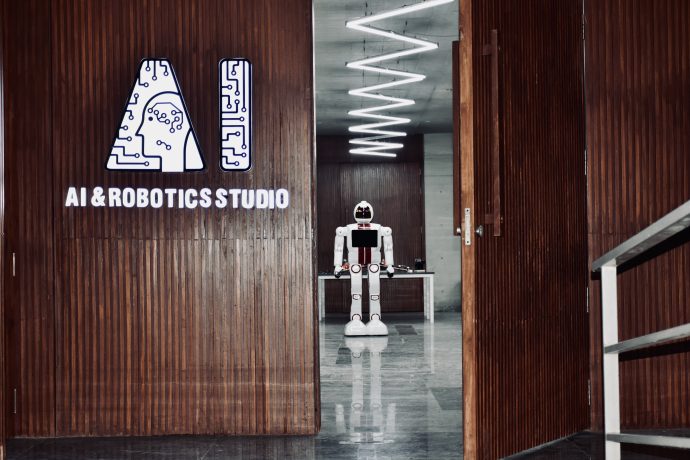 B.Tech. Program in Automation in Robotics at Woxsen University couples the courses in applied and advanced robotics with strong foundation in Computer Science. Courses related to basic robotics and mechatronics provide ample insight into the industrial standards, practices and applications. Courses on mobile robots and exoskeletons focus on the emerging area of field robotics. Added to this will be the significant theoretical and practical exposure in computer science, artificial intelligence and computer vision.

Heroic and intelligent deeds of robots in the emerging scenario will remain unrealised without a significant role of computer science. That also requires a large computing power. How the technology is going to address this need is another story.