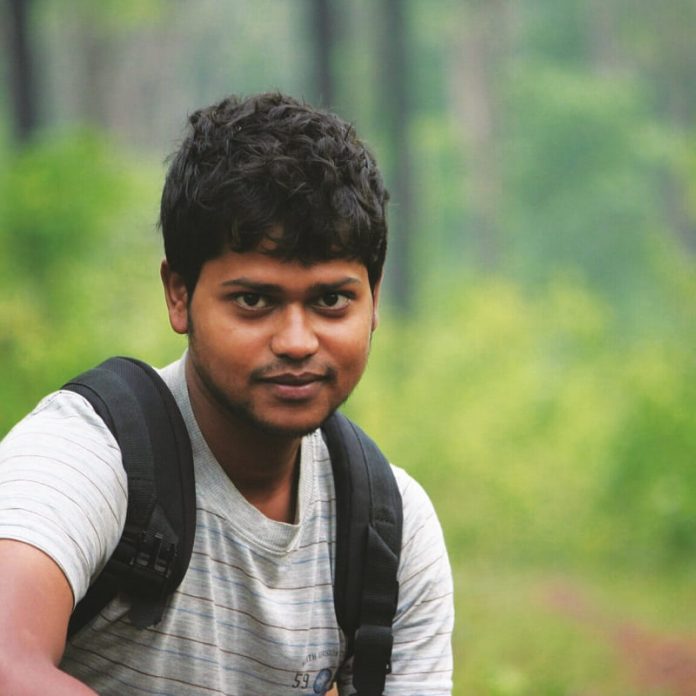 It is an alarming story of the end of a dynasty, doomed to be soon erased off the face of the earth…eh? Well, it’s fitting in every aspect. Only about 12 wild Buffaloes (Bubalis arnee) remain in the Central Indian Landscape, more specifically, in the Udanti-Sitanadi forests of Chhattisgarh. Each of these remaining animals is fighting everyday for their rightful share of land, food and mate.

Let’s face it, extinction is real. It’s the law of nature. The fittest ones survive and the ones that cannot adapt, gradually vanish off, making space for other resilient species. But over the centuries, humans have played a greater role in the event, a role that is in addition to the regular natural laws of nature. Are our needs, as a species, an overtly damaging one if we think a part of this natural selection? Were we supposed to make the decisions that fastened the death of other species? How important it is that we spread our own colonies by cutting down the means of survival of others? To get a possible explanation, let’s dig a bit to what changed, specifically for the wild buffaloes in Central India.

Chhattisgarh, the Indian state that homes the last of the Central Indian Wild Buffaloes also saw the last of the Indian Cheetah. That was back in 1947, when the last Indian Cheetah was hunted down as a game by Maharaja Ramanuj Pratap Singh Deo. But, we don’t indulge in game hunting anymore. The year 1972, also saw the Wildlife Protection Act being put down, listing the Wild Buffalo as a Schedule I species. It meant that the hunting of the animal was now forbidden by law.

In terms of ecological importance, the Wild Buffalo is a mega-herbivore, just like the elephant. Its diet consists mainly of grass but it is also lured by the chance of exploiting the produce of our farmlands. Crops like maize and rice seems to have found a place in its food preferences but it wasn’t always so. Raiding of crops started as a chance encounter for the wild buffaloes after humans decided to clear forest habitat and settle. With this, increased the conflict between man and the animal. Buffaloes, that in search for food would now also enter farms, were dealt with weapons. From the animal’s view point, they were just trying to adapt to the changing choice and availability of food, but we humans started setting traps and shot them with bows. Most buffaloes that weren’t able to migrate into the still untouched and undisturbed parts of the forests, faced real threat now.

This is also where we need to understand that every landscape has a carrying capacity of itself. With forests getting fragmented, the ratio of number of wild animals to that of available land is getting too unfavorable. Like tigers or any big wild animal, the wild buffaloes too have a territory of their own. No two fully grown males of the species will share the same piece of land. Habitat fragmentation thus also led to conflicts between the members of the same species and many died as a result.

The wild buffalo is unique to the Central Indian landscape, so much so that the State of Chhattisgarh declared it as their State Animal in the year 2001. While India has another healthy population of wild buffaloes in the regions of Assam, there are subtle differences between the two. The wild buffaloes of Central India have evolved to live on hard ground while the ones in Assam prefer marshy habitat, making them more apt to the description, Wild Water Buffaloes, as commonly known. Though closely linked, there are genetic differences between the two, making the remaining population in Central India, a critical base for the survival of the species.

Going by historical records, the forests of Udanti-Sitanadi Tiger Reserve (USTR) had a healthy number of wild buffaloes in the 1970’s. However, in the next 40 years, the landscape was subjected to intense human encroachment. Villagers from neighboring areas cut down acres and acres of forests to create new settlements. From a species standpoint, humans too wanted to accommodate their growing numbers and the jungles were a promising landscape. Today, the core habitat of USTR is dotted by several settlements and the number of wild buffaloes has gone down to just about 12.

Human encroachment also brought is another unique challenge to the survival of the species. We not only engaged in cultivation but also brought in domestic animals to sustain our livelihood. A large proportion of these farm animals now consist of domestic buffaloes (Bubalis bubalis) and they are set to graze on the same habitat that was solely owned by their wild counterparts. The domestic buffaloes not only added pressure on the resources but also prompted inbreeding. A fawn resulting from a wild and domestic animal wouldn’t necessarily be a true wild animal. They are what we call hybrids. Another challenge is the chance transfer of diseases borne by the domestic population to the wild animals.

The average life span of a wild buffalo is about 26 years. They mature to come of breeding age at about 5 and the chances of successful breeding stops around the age of 22. So, with about 15 years at disposal, there’s a lot of hope put on the remaining female wild buffaloes at the rescue center at USTR. In fact, the concern was so much that the NDRI (National Dairy Research Institute) at Karnal, Haryana helped clone the mature female wild buffalo (named Asha) and the resultant animal (Deepasha) is now being cared for at the Raipur Zoo. Even so, we don’t have the numbers on our side for the resurrection of a healthy wild buffalo population in Chhattisgarh. The chances of success are all liked to the hope of female calves in the future from the breeding facility at USTR. Dr. Rajendra Mishra, WTI’s Regional Head for the Central India Wild Buffalo Recovery Project says “The fate of wild buffaloes in Central India rests on public acceptance alongside the strenuous efforts to save the remaining animals. While we are trying a lot of scientific monitoring to ensure that the existing population doesn’t undergo any unnatural mortality and that the population is augmented by controlled breeding techniques, is it for the people of the country, and specifically the state of Chhattisgarh to understand and make uproar about the problem. The wild buffalo doesn’t share the same status as the tiger of the elephant in terms of charisma or outreach. It’s high time we spread the word about this unique creature.” WTI is also running a public campaign since 2017 to elevate the status of the Wild Buffaloes in the state. As a “Pride Campaign”, it aims towards attaining a public outcry that can affect policy level decision making in favor of the State Animal. The campaign is being currently funded by Oracle, an IT giant, in collaboration with the State Forest Department.

As one can understand the challenges we face are manifold. The survival of species now highly depends on forest management and government policies, along with the scientific tools currently in place. We need to give back the buffaloes their habitat and hope that the conservation breeding program, along with efforts like cloning and translocation results in new additions to the true population. The people living along the Udanti-Sitanadi landscape need to be turned into contributors to the effort and this will happen only with strong political willpower.

India is counted among the most bio-diverse countries in the world, but extinction events like this can soon be a big blow to the credentials. Restoring the forests will not just save the wild buffaloes but also bring back a diverse wildlife that USTR once boasted of.