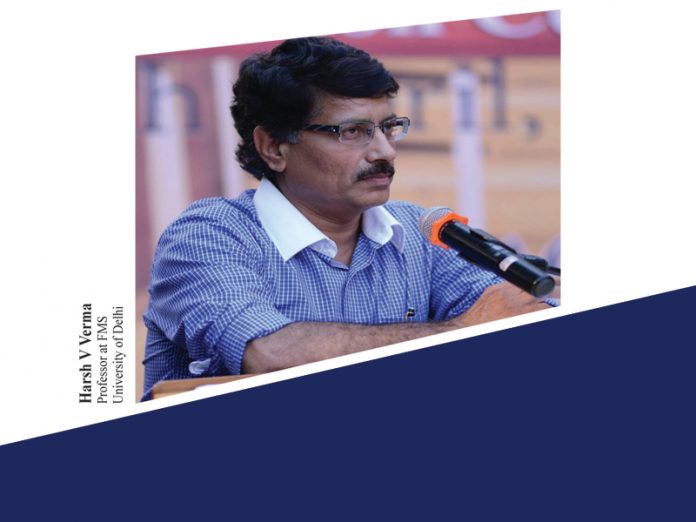 Behavioral modification is difficult if not impossible to achieve. Brands often suffer from delivery deficiency not on account of their performance but because of improper use. Users simply jump to use a product without reading instructions. In some cases people know what the instruction is yet base their behavior on subjective judgment (like instruction says use 50 ml of water but consumer uses a quantity that is perceived to be 50 ml is without measuring it). In the other case a user may generalize use behavior to a dissimilar object under perception of similarity (cooking rice with rice cooker assuming it works like pressure cooker).

Covid 19 is here and in the absence of medication the only strategy to deal with it is prevention. One of the suggested methods to reduce its spread is to wear mask and maintain physical distance. Both of these preventive behaviors apparently do not involve high economic cost yet observational evidence shows people on the streets either don’t wear masks or use them reluctantly. This resistance to put on an effortless gear could be dismissed on account of pervasive stupidity. But it may not be so. What lies behind the mask in the mind of the wearer has to be understood. To the observer a mask is a mask, a piece of clothing cut into a shape with stapled elastic band on the sides. A mask is certainly nothing more than cloth, elastic band cut and stitched into a conical or rectangular shape as a product to a producer but for its user it is much more.

Product in factory may start with a singular meaning but as it moves into a social system it begins to become a multi-layered entity. Things are viewed from psychological, social and cultural angle. This extends their meaning making them either object of desire or disdain or refrain. Consider different layers of product meanings:

Physical: a mask at physical level as mentioned previously is a combination of protective cloth, stitching, shape, elastic band and color. Physical dimensions are measurable.

Feeling: feeling is sensory discernment like a surface may feel hard or soft or grainy. Wearing a mask feels suffocating, harsh on skin, produces itchiness.

Psychological: it relates to emotional and intellectual state of mind. This level of meaning throws a mask into subjective (not physical) psychological realm that includes cognition, emotion, conscious and subconscious response. Intellect (facts), cognition or reason does knowing, analyzing and categorizing. Correspondingly it serves to activate emotions through connections stored in memory. Brand/products tap into human desires like for love (Cadbury), happiness (Hallmark), esteem (Mercedes), security (LIC), power (Bullet), and belonging (Lux). The question arises what emotional reward does wearing a mask provide? Ideally it should tap into basic need for safety and security but people just don’t seem to bother. It probably requires sharp and penetrating communication. If not wearing Gillette after shave can prevent you from being ‘the best you can’ or being the man (Old Spice) then why can’t not wearing a mask rob you of life. It is a matter of communication and positioning.

Cultural: it includes several aspects related to a society including values, beliefs, hierarchy, language, customs and roles. One such aspect relates to gender roles and aspects of masculinity/femininity. To hide behind ‘make up’ or ‘veil’ or cover face in public is linked with feminine identity. Further, covering face with a mask is patent admission of fear and symbolic of retreat and hiding in the face of challenge. It seems to violate masculine idea of being brave and being a fighter. A mask on the other hand from the perspective of women is a hindrance in pursuit of their ideal of being attractive (in narrow sense of gender construction). It runs contrary to the idea of beautification and making up. Mask therefore, is object of obstruction in way of performance of gender role and pursuit of gender identity. This however may not be the case with people who do not cast themselves and categorize themselves in rigid gender binary.

Product acceptance may start with basic form and functionality, but its success depends on cultivation of meanings in sync with the socio-psychological- cultural reality where its consumer is embedded.

Diesel prices up by Rs 7.10 a litre, petrol by Rs 1.67 in Delhi on Tuesday. Check today’s rates in top cities

Thrust on Online Education by the Government of India – A...