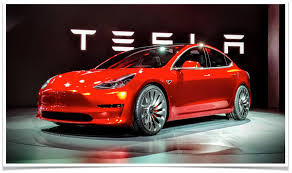 Despite delivering a record 95,200 cars in the second quarter (Q2) of 2019, Elon Musk-led electric car maker Tesla reported a net loss of $408 million for the quarter that ended June 30. Tesla reported revenue of $6.3 billion — a significant improvement from Q2 last year when it reported revenue of $4 billion. The company also announced it’s Chief Technology Officer J.B. Straubel is leaving Tesla.

“In the second quarter of 2019, we achieved record deliveries of 95,356 vehicles and record production of 87,048 vehicles, surpassing our previous quarterly records of 91,000 deliveries and 86,600 units produced in Q4 of 2018,” the company said in a statement late Wednesday. “As a result of this growth and operational improvements, we generated $614 million of free cash flow. We ended the quarter with $5 billion of cash and cash equivalents, the highest level in Tesla’s history,” said the company.

Tesla said this level of liquidity puts it in a comfortable position as it prepares to launch Model 3 production in China and Model Y production in the US. In Q2, Model 3 deliveries reached an all-time record of 77,634. “Model 3 is approaching sales levels of established premium competitors. As we stated previously, more than 60 percent of Model 3 trade-ins are non-premium brands, indicating a larger total addressable market for this product than initially expected,” said Tesla. The Model 3 average selling price (ASP) was stable at approximately $50,000. Model S and Model X production continues to run on a single shift schedule, and Tesla produced over 14,500 vehicles in Q2.

Gigafactory Shanghai continues to take shape, and in Q2, Tesla started to move machinery into the facility for the first phase of production there. “This will be a simplified, more cost-effective version of our Model 3 line with capacity of 150,000 units per year — the second generation of the Model 3 production process,” said the company. Depending on the timing of the Gigafactory Shanghai ramp, Tesla continues to target production of over 500,000 vehicles globally in the 12-month period ending June 30, 2020.