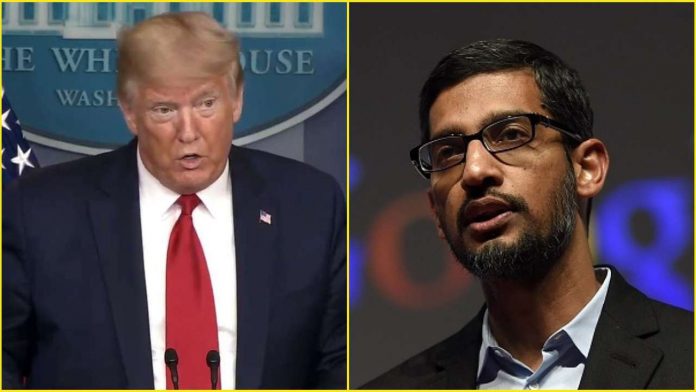 Google CEO Sunder Pichai has expressed disappointment over the US President Donald Trump’s latest order on the suspension of foreign work visas, including H-1B, until the end of the year.

“Immigration has contributed immensely to America’s economic success, making it a global leader in tech, and also Google the company it is today,” Pichai said in a tweet hours after Trump issued his proclamation in this regard.

“Disappointed by today’s proclamation – we’ll continue to stand with immigrants and work to expand opportunity for all,” Pichai said.

In a separate statement, Vanita Gupta, president and CEO of The Leadership Conference on Civil and Human Rights, slammed the latest move of the Trump administration.

“The latest travel ban is a new season of the same racist, xenophobic show put on by Donald Trump and Stephen Miller,” she said.

“But Trump’s transparent effort to rally his base and distract from his innumerable failures, including his disastrous response to COVID-19, will not work. Indeed, the courts will stop his unlawful actions targeting immigrants,” Gupta said.

“Like the past versions of this overused script using a pandemic to justify white nationalist policies, it deserves to be cancelled,” she said.

President Donald Trump signed an order Monday temporarily halting access to several employment-based visas, affecting hundreds of thousands of people seeking to work in the U.S. The technology industry said the move would hurt the economy.

Importance of Student Research in a B-School