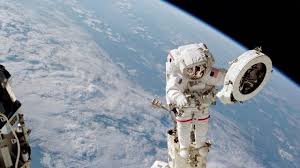 Around 53 percent people will like to travel to space, says a new survey ahead of the 50th anniversary of the historic Apollo lunar landing on July 20.

Nearly 80 percent of the respondents said they would feel safe if a human-looking robot were piloting that spacecraft, according to the survey by technical professional organization IEEE.

The respondents believed the next decade of space travel would have the greatest impact on medicine (26 percent), transportation (23 percent), computer technology (21 percent) and environmental resources (20 percent).

The Apollo 11 mission relied on four computers, considered decades ahead of their time. Interestingly, today’s smartphones are more powerful than the computers the NASA (National Aeronautics and Space Administration) used for the mission.

Nearly 400 attendees at the 2019 Consumer Electronics Show in Las Vegas, held from January 8 to 11, participated in the survey.

The Apollo 11, launched on July 16, 1969, with three astronauts — Neil Armstrong, Edwin Aldrin, and Michael Collins — touched down on the Moon’s surface on July 20.

A Budget To Realize The Objectives Of New Education Policy: Vice-Chancellor...