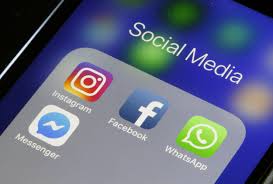 This year has seen several incidences where everyday apps faced major outages running into several hours in India. To the respite of users, they had Twitter to fall back upon as it was the only app functioning most of the time. “Outages make us realize how much do we actually depend on the Internet and apps. People even have apps that remind them it is time to drink water. And if these apps stop working, one can imagine the plight. Social media outages make me uncomfortable and restless,” says Deepansh Jain, a 21-year-old college student from Mumbai.

Managing a global user-base of over 2.38 billion people, Facebook, and its family of apps, including photo-messaging app Instagram and WhatsApp, have collectively suffered five major outages in the last four months. Out of all of Facebook’s apps, Instagram experiences downtime the most.

On March 14, Facebook apps recorded their longest ever 12-hour outage. While people speculated possibilities of cyber attacks, the social networking giant denied the speculation and blamed “server reconfiguration” for its app blackout. Following Facebook, in the last four months, Google services like Gmail, Maps, and Calendar also broke down three times for users worldwide. On June 3, Google apps such as YouTube, Gmail, and Nest along with Snapchat and other web services stopped working for users in the US and Europe for four hours. As the company promised to probe the issue, a service disruption caused a three-hour long Google Calendar outage globally.

“App outages are scary. Personally, I instantly start fearing worst-case scenarios like if my account has been hacked. I just go blank,” said Sheena Sharma, 25, from Bengaluru. Not just social networking apps, other Internet-backed services like voice assistants are also vulnerable to outages. On May 16, Amazon’s voice assistant Alexa suffered outage in the US for undisclosed reasons. Throughout the outage period, when users asked Alexa for assistance, it replied: “Sorry. I’m having trouble. Please try in a little while”.