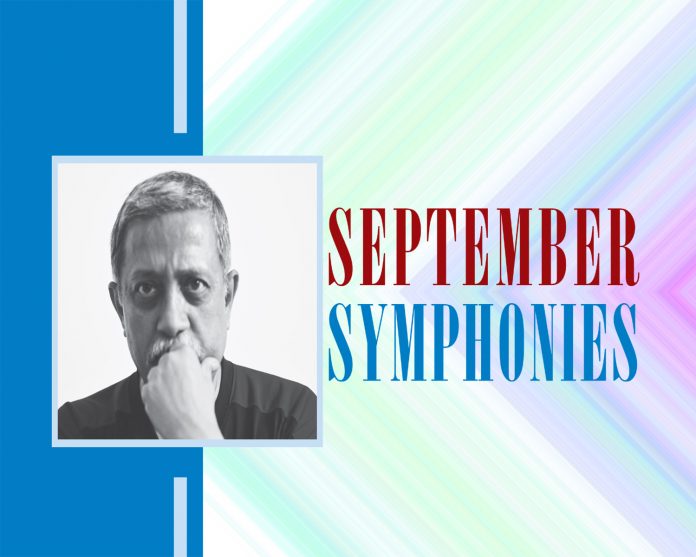 September has, so far, been a month full of actions and actionable dreams. We in India have had everything from the way Modi hugged the ISRO Chief to calm him to the way he hugged Trump to balm him and the world called them economic nationalists. The ‘SevaSaptah’ or week of service from September 14 to 20 to mark the prime minister’s birthday on September 17 and then the now slogan doing the rounds (‘Sabsebadadhan – beti, jalaur van’ which means ‘Girl child, water and forest are the biggest assets’) have hogged news headlines as much as the nervous heebie-jeebies of Imran Khan have. This has so far been a rather emotion-filled month. A month where the slogan‘shared dreams, bright futures’ has dominated all discussions on every possible news and views platform. ‘Howdy Modi’ in Houston, USA reflects this but I’ve anyway believed in this mantra for ages now.

The truth is that we need to share well as this is what connects us with others though it isn’t as if not sharingmeans farewell to dreams. Sharing, in down-to-earth expressions, is what being people friendly, development friendly, and investment friendly signify. Yes, sharing is an investment as well because the returns are embedded in our future.

Talking of sharing, we are in the midst of serious rounds of discussions at the UN where sharing the burden of climate change is causing more than just breezy flutters. Greta Thunberg, ‘a very happy young girl’ as Trump called her, and her fiery ‘How dare you?’ speech with a determined glare in her eyes has brought all issues surrounding our climate to the fore. World leaders need to finally stop bouncing words and promises towards each other and get something done. This girl, as I write this column, has won the alternate Nobel for environmental work and it is definitely not for just saying ‘Right here, right now is where we draw the line. The world is waking up. And change is coming, whether you like it or not’. Even Greta isn’t free from people doubting her actions and an article titled ‘Green capitalism is using Greta Thunberg’ by frackfree_eu published online a few months back and one that can be read here: https://link.medium.com/hvzXVS78f0 clearly says that ‘everything was carefully planned to transform the young Swede into an international heroine’ and that the leaders of this movement ‘intend to save the planet while continuing to pursue economic growth and demanding more globalisation. An entire agenda.’ They call this ‘greenwashing’.

With so much happening all over, it wasn’t easy to decide on the cover story for the month… and then when I heard the PM say ‘We are challenging ourselves, we are changing ourselves’ the decision was made. Tourism, I reckoned, isn’t just about revenues coming in but also about bringing the country closer to Indians and making us able and deserving tourists before looking towards increased footfalls from abroad.

September symphonies, I believe, are both finite and infinite because news has its own way of filling in whatever space is available. One can simply wish for news to remain pleasant and upbeat.

Samsung India refreshed its Galaxy A series with Galaxy A80 at...

Importance of Student Research in a B-School