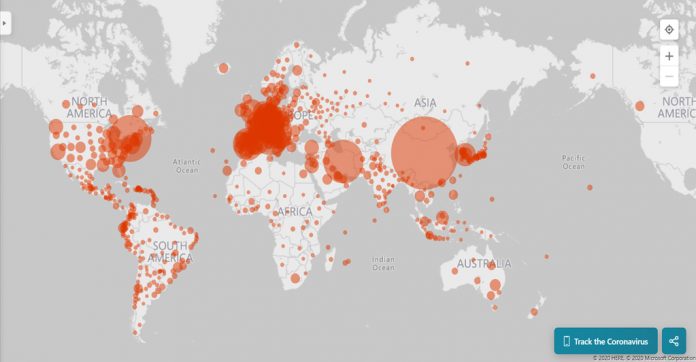 Researchers associated with the COV-IND-19 Study Group, an interdisciplinary group of scholars and data scientists, said the frequency of testing has been very low in India as only 11,500 subjects have been tested as of March 18

New Delhi: While India seems to have done well in controlling the number of confirmed cases compared to other countries in the early phase of the pandemic, the country may see up to 13 lakh cases by mid-May if the numbers keep growing like this, a group of scientists has warned.

According to researchers with the COVID-19 Study Group, an interdisciplinary group of scholars and data scientists, the frequency of testing has been very low in India as only 11,500 subjects have been tested as of March 18.

“When there is no approved vaccine or drug for treating COVID-19, entering phase 2 or phase 3 of escalation will have devastating consequences on the already overstretched healthcare system of India,” the scientists wrote in a post on Medium.

As seen for other countries like the US or Italy, COVID-19 enters gradually and then explodes suddenly.

“Our current estimates are at best underestimates for India based on early phase data, given the low frequency and scale of testing in India,” the group said.

The rate of growth of COVID-19 cases in India until March 19 seems to follow the pattern of US with a lag of around 13 days, just like US numbers were similar to that of Italy by 11 days in the early stages of the pandemic.

Specific vulnerable populations have been identified to be at higher risk of severity and fatality from COVID-19 infection: older persons and persons with pre-existing medical conditions.

“India has the most overstretched healthcare system where it is hard to provide care in times of “normal” patient volume,” said the scientists.

Beyond the fragile population characterised by health and economic indicators, we have to remember that healthcare and front-line workers are among the most vulnerable in India, the study authors cautioned.

While announcing a total lock-down for 1.3 billion people in India for 21 days, Prime Minister Narendra Modi warned on Tuesday that if people don’t follow a complete lock-down for the coming 21 days, the nation will go back 21 years and many families will be devastated.

The Story Of NEP 2020 Is Ready To Change Mindsets