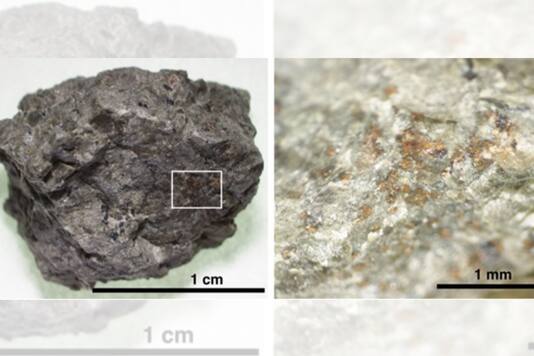 The meteorite contains nitrogen-bearing organic material in carbonate minerals. This is the first-ever evidence of the presence of organic compounds on the red planet.

Mars has been the subject of interest ever since scientists have been looking forward to finding the possibility of living on the red planet.

This research has added a new twist as a team of scientists has discovered a 4 billion-year-old Martian meteorite which once hit Antarctica. The team consisted of Atsuko Kobayashi from ELSI at Tokyo Institute of Technology, Japan and research scientist Mizuho Koike from the Institute of Space and Astronautical Science at Japan Aerospace Exploration Agency.

Atsuko stated, “This Martian meteorite, ALH84001 is famous, with hundreds of papers published on it. I have been working on it occasionally for about 20 years because I am an electron microscopist who studies tiny magnetic particles made by magnetotactic bacteria”.

As claimed by him, this particular meteorite is at “the centre of the ‘life on Mars’ debate”. As per the team estimation, the meteorite belongs to the Mars’ Noachian age and has been preserved for over 4 billion years.

The detailed study has been published in the journal Nature Communications.