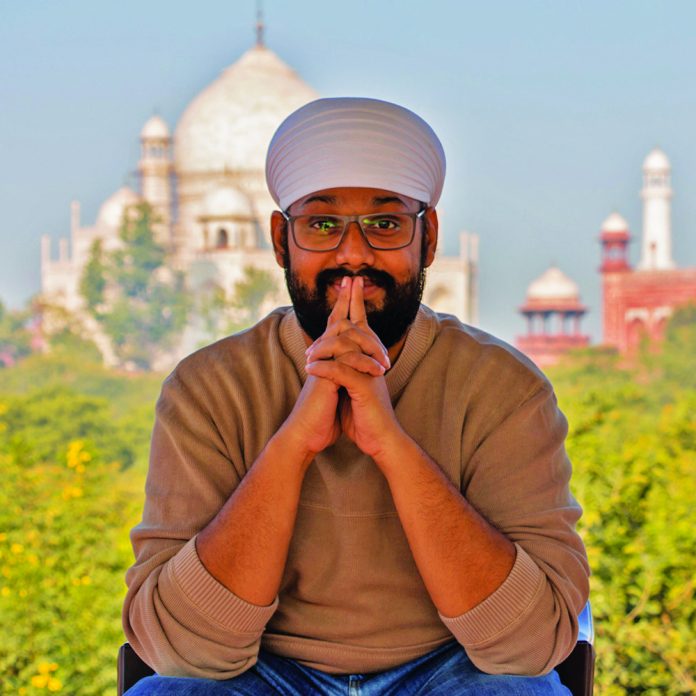 Water is the most important element besides Air that is required for life forms to exist. Humans got blessed with better intelligence than many other species, their early task was to ensure an adequate supply of water for their daily routines. When civilizations got established, tanks, lakes, and ponds became prominent. With time, humans developed the concept of wells and later stepwells. Sluice dams were built along large natural & artificial lakes. Palaces were constructed on the banks of lakes/ponds, a few even in the middle of water. From small bridges over tiny canals to 38 Km. long Lake Pontchartrain Causeway, we have taken a giant leap in constructing Water Monuments. These buildings are not only engineering marvels, but also a good channel to understand many concepts of science. For example, I have always wondered, how were the medieval masons able to find the exact spot to dig a well, so they can find fresh potable water underground. During my research on Delhi’s stepwells, I also found that there are few common features among all stepwells in this region. One being, that except two (one circular and one square), all other stepwells (Baolis) are rectangular with a well at one end, connected to the tank via a small window. The well penetrates the underground confined aquifers (water table) and the tank can at most pierce the unconfined aquifer (underground rainwater channels). Water was filled in the tank from the well. Water in tank was

one dried well, many wells in the nearby area automatically get their water back. With time, engineers developed the concept of Persian wheel, where an animal was tied to a long shaft and a simple gear-pulley arrangement, which would fetch water from well round the clock, without much human intervention. I also learned that every waterbody in India had some unwritten codes of conduct. For example, time around noon was reserved for women and the evenings for men to bathe and wash. They would not interfere with either’s timeslot to respect their privacy. There were rooms built in many baolis, where people could come and sit used for bathing and washing, and the water in well was used for drinking. The surface area of the well was always kept smaller than that of tank. This exerted more pressure on water in the well, thus pushing it into the well, but not viceversa. All wells and stepwells connect with each other through underground water channels. Hence, if we recharge

in summers. Also, these baolis were oriented from North to South, so that sunlight falls on the tank for the least amount of time, as sun moves from East to West. Even the sluice dams were brilliant masterpieces of engineering. Most dams from the Medieval era were multi-storeyed. There were arched tunnels, through which water could flow. These tunnels would often be made at different height levels, to manage varying water levels. Every tunnel was equipped with a huge wooden gate to control the flow of water. One may wonder, how were medieval engineers able to construct palaces in the middle of the water. How would they have drained a certain portion of large lake to construct a building, without any modern equipment? Monuments on the bank of a water body are still easier than ones in the middle. For example, Taj Mahal uses a series of hollow shafts (wells) to hold its heavy base over soft ground next to river Yamuna in Agra. We know that the main component of the mortar used in construction was lime. Stones of lime were submerged in water for very long time. The building constructed with such a mortar will gain strength when kept moist. Golden Temple of Amritsar was built on dry land and the holy pond was filled around it later. But constructing a building in the middle of a deep natural lake must have been a challenge for medieval engineers and architects. Bridges were constructed, where armies along with elephants and horses could easily cross rivers. Looking at them, one can easily understand, how powerful a true arch can be, which was used to construct the base of the bridge. If the size and shape of the keystone are calculated properly, this small piece of rock can hold the strongest load-bearing structure. One can go on and on about how these buildings were constructed and how they introduced unique architectural elements. But the fact is, that with time, we have forgotten our rich heritage. With the introduction of modern means, the utility of old water structures was reduced

to none. Instead of phasing out our water monuments, we just ignored them and left them to the hands of time. Water in and around these structures started developing unhealthy microorganisms and soon became health hazards. Not only for water monuments, but this situation also holds true for almost every monument on the face of earth. With time, humans evolve to better technology and advanced lifestyle. We just leave our

“Can we revive our stepwells and wells?” The answer is quite complicated. While technically it is possible to revive ancient and medieval water bodies, they will be useful and healthy only if we utilize the water properly. And even to reach that stage, we will have to make some drastic changes in our lifestyle. Water bodies are recharged with rainwater, and we require catchment area around the waterbody, from where rainwater can past behind and move forward. In many cases, these old structures cause trouble, when they become dilapidated. Youngsters find it amusing to etch their names on historic structures. They feel that if we scratch our name on the building, it will become immortal in time. Well yes, it will be immortal. People will remember them always. But as vandals and destroyers of heritage. I am often posed with a question:

seep into underground. With our huge concrete jungles, that seems to be mission impossible. Even if one is prepared to construct rainwater harvesting pits, with which the underground water channels are recharged, we have another problem standing in front of us. In many metro cities of India, the industrial waste and sewage have penetrated the groundwater channels. The problem is no longer about saving a heritage. The bigger challenge is to save water. More importantly, we need to save our groundwater, as it affects the crops and drinking water, thus pushing harmful elements into our food chain. Our ancient and medieval monuments are important as they give us an important message: “how to protect and efficiently utilize natural resources”. Our monuments are also important because they tell us about the evolution of mankind. From art

to architecture and from the necessity to luxury, every element of our existence came out of our past. Let us take a pledge that instead of ignoring our monuments, we will start visiting them and studying the science behind them. Maybe, we can reverse a portion of damage that we have done to our nature, by taking examples from our past. 

Skilling Is Transforming The Rubber Industry

Dipping a piece of goose feather in ink