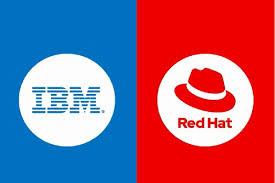 After the International Business Machines Corp. (IBM) completed the acquisition of Red Hat for $34 billion earlier this month, a top executive from the iconic software company with an open-source development model has said that it was a “match made in heaven” that will help it accelerate growth globally, including in India. In India, Red Hat, which specializes in Linux operating systems, has engineering facilities in Pune and Bengaluru.

“We do think that there is an opportunity to accelerate growth (after the acquisition) — not just in the India market, but also in the broader market. But it does exist for sure in India. I think we have an opportunity to scale much more quickly,” says John Allessio, Senior Vice President and General Manager, Global Services, Red Hat Inc, in a freewheeling chat. The acquisition by Big Blue won’t change Red Hat’s “mission”, nor will it curtail its contribution to the open-source community, Allessio stressed. Raleigh, North Carolina-headquartered Red Hat reported $3.4 billion in revenue in the 2019 financial year — up 15 per cent year-on-year. “Red Hat has experienced 69 quarters of continuous growth which means every quarter you are hiring people across the world and that is going to continue for sure,”

Founded in 1993, Red Hat is credited for bringing open source — including technologies like Linux, Kubernetes, Ansible, Java, and Ceph, among others — into the mainstream for the enterprises. Today, Red Hat products and services are widely used by government agencies as well as emerging companies in technology, finance, healthcare, civil aviation, and other industries. Armonk, New York-headquartered IBM particularly hopes that Red Hat’s open hybrid Cloud technologies would help it position itself as a leading hybrid Cloud provider.

“At the core of what we do is turning projects in the open-source communities into products because, at the end of the day, our customer is an enterprise software customer,” Allessio said. IBM also participates in open source communities, but it does not “productize” the open-source projects. Instead, it develops its own proprietary products. “I think it is an opportunity for IBM to learn this DNA of Red Hat — how do we do it — and decide — they have not yet decided — if this applies to the IBM software development process. IBM has already stated that they are very much interested in our services division,” Allessio added.

IIFT and PayPal have partnered together to conduct research on ”Digitalization...