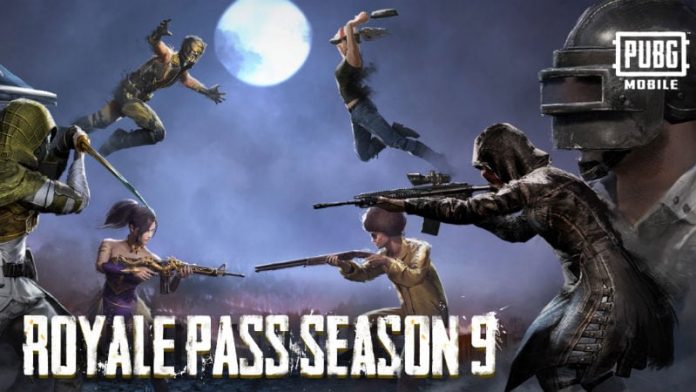 As for the pricing, leaks say the PUBG Mobile Royale Pass Season 10 will also come in two premium variants- Elite and Elite Plus

PUBG Mobile Royale Pass Season 9 is coming to an end and the first Season 10 leaks are already here. The Season 10 of PUBG Mobile is expected to begin sometime in the second week of November as the Season 9 will end on November 7. Already, the Season 9 has reached its final week and the Royale Pass missions for Week 8 went live a few days ago. As always, leaks suggest Royale Pass Season 10 will bring in new outfits, weapon skins, new vehicle skins and more. The Season 10 pass will come in two paid versions- the standard Elite Pass and the premium Elite Plus pass. As of now, PUBG Mobile India is yet to officially confirm the coming of Season 10, but it will start teasing the same in the first week of November.

The first leak of PUBG Mobile Royale Pass Season 10 comes courtesy of Mr.Ghost Gaming who has a track record of bringing accurate leaks related to the popular Battle Royale game. Before the Royale Pass Season 10 rollout, Tencent Games may release a minor update to the game which will set the stage for the next season. To recall, PUBG Mobile recently received 0.15.0 update with a host of new features and changes to the game. So the upcoming 0.15.5 or the 0.15.1 update will be a minor one. Also, it will be an in-game update which will just bring all the required things for the Season 10 Royale Pass.

Every season, Tencent Games uses a new theme for PUBG Mobile and the Season 10 will be named after ‘Fury of the Wasteland’ theme. For starters, the new update is said to bring Season 10 Parachute skin along with a new M249 weapon skin. Also, the Royale Pass Season 10 reward will include Dacia skin similar to the previous two Royale Pass seasons. One of the popular weapons in PUBG Mobile is M416 Assualt Rifle and it’s going to get a brand new wasteland skin which looks very unique compared to other skins of M416.

As for the pricing, leaks say the PUBG Mobile Royale Pass Season 10 will also come in two premium variants- Elite and Elite Plus. Players can purchase the Elite and Elite Plus passes for 600 UC and 1800 UC respectively. This has been the case for more than eight seasons now. Additionally, there will be a free version of the Royale Pass Season 10 in which players can reach a maximum of up to 50 RP, whereas the paid versions will allow them to reach 100 RP.

We’re expecting PUBG Mobile India to start teasing the Royale Pass Season 10 in the first week of November as the new season will begin sometime in the second week of next month.

JEE Main toppers: Meet three hostellers who studied together, each gets 100 percentile