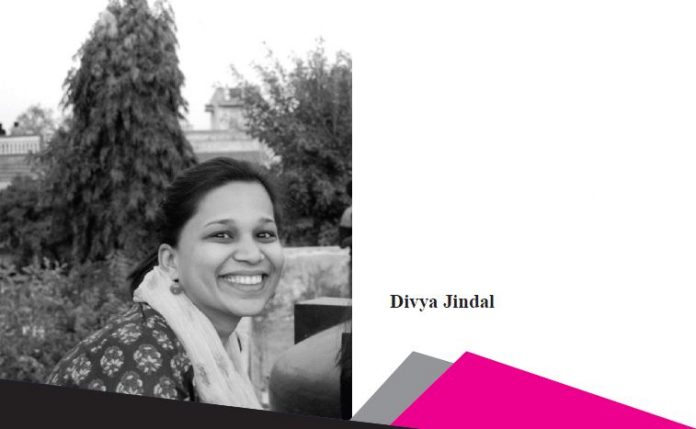 Public spaces can no longer be conceived as architectonic entities standing apart from its landscape and people, but a phenomenon constantly evolving from the inter-relationship of social, cultural, political and economic aspects. While globally it is understood that urbanisation is an imperative force, shaping not only the way we live in cities but also what we understand of them. Creating and fostering thriving urban places, within this paradigm shift has brought both an opportunity and challenge to construct new ideas while giving an architectonic dimension to them.

Humans are attracted to water. Historically, public and open spaces were symbolic of power, authoritarianism and influence. Water and water bodies have played a major role in defining this character in cities, even more so within public spaces and open spaces. Mughal gardens had their extensive and elaborate water drainage systems, to accented water fountains in Roman and French public realm, in Spanish plazas and gardens and relevance and reverence of ghats and baolis in Indian culture. Over centuries, water has played diverse roles in our urban lives, being a medium and reference of understanding and associating with our cultural, social and traditional roots.

However, in these intensively urbanized and unpredictable times, open public spaces and community spaces are fast transforming into aspiring, thriving places, creating the much-required porosity and soft moments within the otherwise intense urban lives. It is now time that they are better associated as a medium to pause and savour those transient moments, while being a major aspect of our urban life itself. Moreover, at times this also acts as a rather humbling reminder of vast expanses of nature that we are all part of and take constant cognisance of and thus water bodies help us build a better relationship between people and cities.

‘Water Square’ Benthemplein, a little north of the Rotterdam Central Station and Rotterdam square in one such transformation of community space through water. The water square acts as not just an interactive community space for young citizens around the academic zone, it also acts an innovative way to prevent urban flooding. Designed in multiple levels with a detailed water system collecting rainwater from the surrounding pavements and the rooftops of buildings around, the area retains water during the peak rainfall season, creating a series of water ponds which are otherwise open spaces with steps and additionally helps ease the stress on the city’s sewage system.

In a small yet innovative way the square has become an influential example of tactical urbanism for taking the load of city managements while ensuring safety, accessibility and interactive spaces for all. The square has also managed to transform a rather unsafe, mundane neighbourhood into an interactive, inclusive and sustainable space.

The square has also been recognised by the C-40 consortia& UN good practices as a good example and the Rotterdam city and other city governments across Netherlands plan to learn from the intervention and find ways to scale such interventions in the near future.

The Cheonggyecheon project in Seoul, Korea, is another remarkable example for its dramatic transformation from a seedy industrial eyesore to a nature-filled public space. Since the 1940s, the Cheonggyecheon deteriorated into an open sewer and was thus paved over with concrete for sanitation reasons. Leading to the sewer being turned into an elevated freeway built overtop the channelized river, further removing it from the public over the next decades. However, similar to what likely happens to most underpasses, the area beneath and around the freeway gave way to criminal activity and illegal dumping.

At the turn of the millennium, however, then-mayor and future president of Korea Lee Myung-Bak successfully campaigned to remove the freeway and restore the Cheonggyecheon. From 2002 to 2005, the government ripped out the road and replaced it with a 3.6-mile restored and planted stream with parallel roadways. The mayor won support for the project by framing the project as a major flood relief channel and marketing the restoration as a highly visible, sustainable development that would boost Korea’s image around the world. To alleviate fears of traffic congestion, the government also invested heavily in public transportation, such as a dedicated bus lane.

The project is a great illustration of how vision and commitment from the leadership can help transform public spaces and make them into interventions that can help change the way not the way citizens but also how the rest of world perceives the city from outside. The way the restoration of the drain has been made into an open public space with water as a key element of the project, also helps people become more aware of the city’s history.

As in recent times, we see more and more natural water bodies, drainage systems and ecological concerns take a backseat in our political, urban and social discourses, the case of Cheonggyecheon project serves as a great reminder of how if we open and include our natural and ecological morphology into mainstream urban interventions, it can not only help bring forth delightful public spaces, but also transition towards a more sensitive, sustainable and equitable environment.

These interventions also highlight a vital concern about landscape urbanism, one which needs to be addressed from both ends of the spectrum – one where it is to engage in a discourse for an inspiring metropolitan region and on the other to think of how to create a self-sufficient urban system which makes room for its vivid ecological reserve. In the words of the famous Dutch landscape Urbanist Frits Palmboom, in his book ‘Drawing the ground -landscape urbanism today’: “to find ways to integrate all the aspects of the urban landscape into an understandable, flexible and livable whole-what the Dutch famously call “the makeable landscape”.

It is to develop a self-sustainable system through design which is equipped to manage and evolve in this ever-changing urban and ecological background. The idea is embedded in a comprehensive understanding of the landscape morphology and designing the ground for the city as an ecological construct, whose sustainability is addressed through its design and complementing urban structure on an extensive range of scales.

Diana memorial at the Hyde Park, London is anotherrich reference of symbolism in architecture and creating public space and narrative. The beautiful water sculpture is designed on the concept of ‘Reaching out – letting in’, taken from the qualities of the Princess of Wales that were most loved and admired by people; in addition to her inclusiveness and accessibility. The fountain’s sculptural form is integrated into the natural slope of land in London’s Hyde Park and is designed to radiate energy as well as draw people inwards. The fountain is beautifully crafted with water running from the highest point cascading through different textures, creating patterns with water across the fountain.

The memorial fountain is an elegant illustration of integratingcultural and modern history and memory into public space, through the medium of water, careful craftsmanship and a deep sense of understanding of building public spaces that have lasting impact in our memories.

In most of these interventions the approach is not new, rather laid in history, where water acts as an active medium to communicate with the space and its people in urban public spaces. However, in distinction, Makoko floating school, in Lagos, Nigeria touches upon on a different kind of life altogether. One where life is all about floating on water, and how that transforms the way people interact with community space and water. It is a fine reference for learning to live and work with limited natural resources and adapting urban and architectural design to make room for and within that ecosystem.

The school together with community space was designed with local available materials on stilts to support the local children and women to have a designated space to socialise and study. The school has received multiple global accolades and recognition for its social impact and innovation. But then again the project has achieved above and beyond the naïve understanding of community space and its impact, and expanded our horizon and made us perceive, participate and interact with the ecological system and narrative we are all a part of, in a completely transformative way.

The lesson that these interventions in recent history are teaching is the realisation that water, landscape, and ecology in public spaces are not only a decorative element. They perform an important and critical function and has benefits that go way beyond the social aspects.

Indian mythology and religious history has helped us learn, how ghats along Varanasi, are symbolic of an entire life cycle of human life, and Indian temples closely knit the narratives of symbolism, space and sense of association in places of worship while also serving as an important place to socialise and to some extentself-introspect.

As we are moving towards defining a paradigm shift in how we experience and transform our urban spaces in the times of climate change and global pandemics, there is a need to unlearn and re-learn our existing urban and ecological landscape through an architectonic dimension, rather than just an appearance of its physical buildings. As Italian urbanist Bernardo Secchi called it “il progetto del suolo”, the design of the ground, as the spatial articulation of the site; moving away from treating landscape as a mood map of urban interventions rather a more fundamental concern about the environment as a whole.

The principles of the approach are not new, rather laid in history, from the Dutch reclaiming and shaping land for centuries and making it an inherent part of their lifestyle, to Canadian cities like Toronto, Ottawa, and devising green infrastructure as a phenomenon of the same act. Perhaps also in Indian cities helping form our association with the rich cultural heritage, religious narrative and ecological landscape. It is now rather critical to choose from this significant standpoint, a sustainable and a more resilient urban form which can be enriched and further layered through technology, modern history and evolving perspectives of making social space.

These interventions are lessons helping us open up to opportunities to develop a new urban language, where a more meaningful discourse can be held between people, ecology and urban form… one where an extensive, fluid, and distinct urban fabric is built and layered over time, arising out of a discordant interplay of nature and culture. While, opening-up an entirely new exchange of ideas and the possibility to develop fresh ways of interacting with nature. It is in this urban dialogue where its people will adapt and develop ingenious ways to shape unexpected places and make their cities their own. In essence, these are some of the complex urban questions we need to engage in, or else will might just plague our ideas of city making by re-inventing the sameness of a banal landscape.

About the Author:          Divya Jindal, is an Urbanist and Architect by training and currently part of the National Institute of Urban Affairs Delhi as a Research Associate. With her experience in inclusive development and her Masters in urbanism in sustainable urban management, she is currently exploring ways to develop research in the area.

Microsoft to remove passwords from Windows 10 in 2020

‘At Apeejay, I Got an Opportunity to Travel in a Private Jet With MIT...

RESPONDING TO COVID-19- A ROAD AHEAD FOR CORPORATE WORLD

WATER THE DEMI-GOD OF SOLUTIONS TODAY